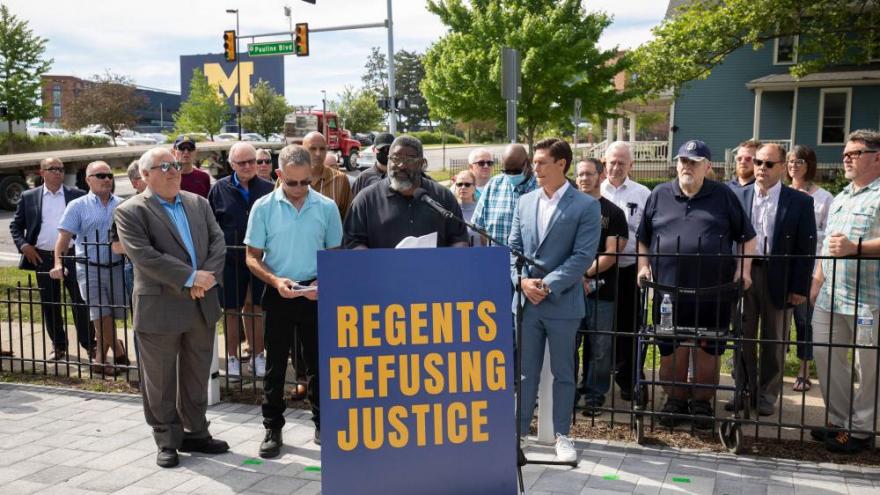 They are the latest to accuse the doctor, who worked for the university from 1966 to 2003. Anderson, who died in 2008, allegedly subjected student athletes to invasive exams, including unnecessary genital and rectal examinations, according to an independent report released in May that was commissioned by the university.

University of Michigan President Mark Schlissel issued a "heartfelt" apology for the abuse after receiving the report.

Attorney Ven Johnson represents 21 men, 18 of whom were members of the university's basketball team between the 1960s and 1980s, according to the station.

The spotlight on the case has expanded from an independent report on Anderson's abuse, to calls from survivors to investigate those who may have known of it but did not act.

Johnson alleged that Dave Strack, who coached the basketball team in the 1960s, knew of the abuse and also failed to respond.

"He did nothing," Johnson told WDIV.

CNN previously reported allegations by the school's former football players that Coach Bo Schembechler and others either knew that Anderson was abusing others, and often failed to respond appropriately. The abuse allegedly included Schembechler's own son.

Neither Johnson nor the University of Michigan immediately returned requests for comment.