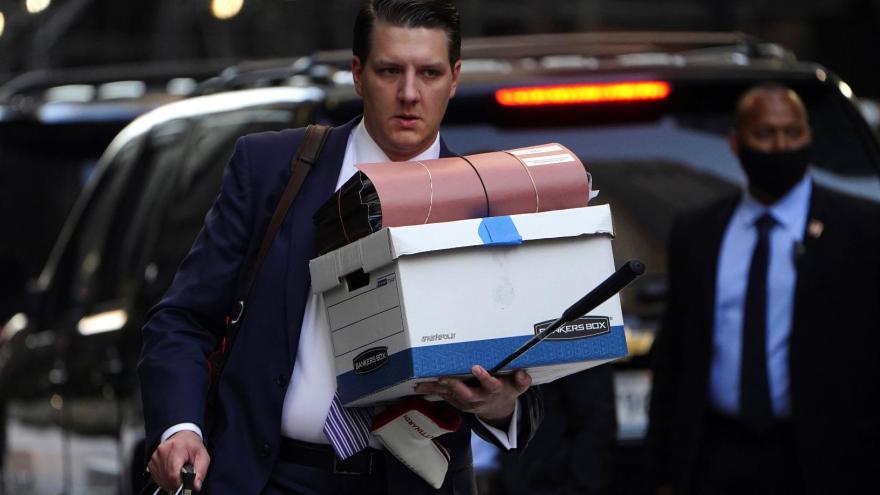 On September 7, federal prosecutors issued a subpoena to William Russell, special assistant to former President Donald Trump pictured here in Manhattan in 2021, as part of the probe into January 6, 2021.

(CNN) -- Federal prosecutors issued a subpoena to a senior adviser to former President Donald Trump Wednesday afternoon as part of the probe into January 6, 2021, and the events leading up to the deadly riot at the US Capitol, a source familiar with the situation tells CNN.

Early Wednesday, federal agents in Florida attempted to serve William Russell, a former White House special assistant and deputy director of presidential advance, at his home but were unable to reach anyone. He was served with the subpoena after that.

Russell was one of a few White House staffers to continue working for Trump after he left office and is now a senior adviser to the former President.

A lawyer for Russell did not respond to a request for comment.

Russell had not previously been interviewed by investigators as part of the Justice Department's sprawling criminal probe.

The New York Times first reported on the subpoena.