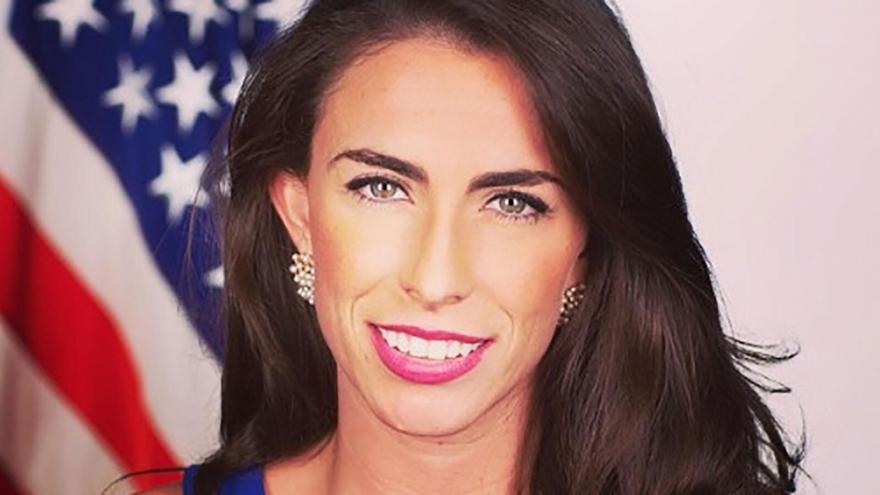 (CNN) -- Former White House communications director Alyssa Farah said Friday that President Donald Trump lied to the American people about the 2020 presidential election results and said that he should "seriously consider" resigning from office after Wednesday's deadly insurrection at the US Capitol.

Farah said on CNN's "New Day" that she holds Trump responsible for inciting the mob that stormed the US Capitol in an attempt to stop Congress' certification of President-elect Joe Biden's Electoral College win and allowing this "lie to take a life of its own that the election might be overturned."

Asked by CNN's John Berman if she would feel safer today if Trump resigned and Vice President Mike Pence took over, Farah replied, "I would."

"I think that it's something (Trump) should seriously consider," she said. "I don't think that -- when you've got just a number of days left -- there's any need to carry on kind of the charade of an impeachment."

Farah's statement joins former White House chief of staff John Kelly in calling for Trump to either step down or be removed from office in his final days, an extraordinary rebuke of a sitting President from once high-ranking administration officials.

In a speech Wednesday, Trump ginned up the crowd of his supporters gathered on the National Mall, telling them "we're going to walk down to the Capitol" and that "you'll never take back our country with weakness, you have to show strength."

His supporters left the speech and headed to the US Capitol, breached the barriers and stormed the building, assaulted police officers and members of the media, and vandalized and stole from lawmakers' offices. The violence has so far resulted in five deaths -- including a US Capitol police officer -- and more than 50 injured.

Hours later, the President offered only mild rebukes in social media posts that have since been removed. He told rioters to "go home now," but added "we love you" and "you are special" while still pushing his unfounded claims about the election. He later appeared to justify their actions in a tweet Wednesday.

Farah on CNN Friday argued that the President should've issued a "forceful denunciation" of the riots and urged his supporters to "stand down."

"When the moment called for leadership, he did not do the right thing and lives were lost because of it," she said.

Farah resigned from the Trump administration in December. At the time, her statement made no reference to any concerns or hesitations about either the message coming from the White House about the 2020 election or Trump's conduct in spreading misinformation about the election results.

She told CNN that she left the administration because she had "growing concerns about the fact that I felt like we were misleading the public with this endeavor to say that the election was stolen."

"It became abundantly clear we just didn't win," she said, adding that Trump's repeated lies to his supporters "does a tremendous disservice to them, and it worked up this frenzy and this sort of mob that we saw at the Capitol, and it's just unacceptable."

Pressed by CNN on why it took her so long to speak out, Farah said she believed in Trump's policy agenda, but knew "I couldn't influence outcomes when this runaway train of the 'election was stolen' got wind underneath it."

Asked by CNN if she would support Trump again for election, Farah said, "I wouldn't."

House Democrats, furious at Trump, are quickly building momentum to move on impeachment of Trump in the next several days -- as soon as the middle of next week -- despite Trump having less than two weeks remaining in office.

Farah argued on CNN that the House should be focused on the coronavirus pandemic and getting aid to millions of Americans.

"Pence has stepped in as the real leader," she said.

This story has been updated with additional comment and background information.