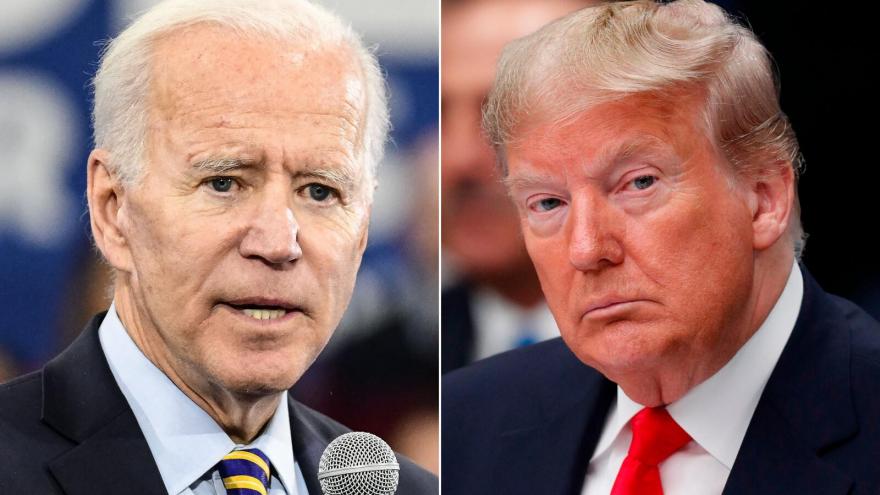 Taylor, who served as chief of staff to Homeland Security Secretary Kirstjen Nielsen, also accused President Donald Trump of repeatedly using his office for political purposes, including directing officials to cut wildfire relief funding to California because voters there overwhelmingly opposed him in 2016.

Taylor, a longtime Republican and political appointee at DHS from 2017 to 2019, endorsed the former vice president in a video produced by the group Republican Voters Against Trump in which he also made several allegations about Trump's conduct. He also wrote an op-ed published in The Washington Post calling the President "dangerous" for America.

"What we saw week in and week out, for me, after two and a half years in that administration, was terrifying. We would go in to try to talk to him about a pressing national security issue -- cyberattack, terrorism threat -- he wasn't interested in those things. To him, they weren't priorities," Taylor says in the video.

White House adviser Jared Kushner dismissed Taylor as "a nice kid" in an interview with CNN's Wolf Blitzer on "The Situation Room" and claimed he wasn't up to the job.

"It makes a lot of sense to me that he's endorsing Joe Biden because when he was working at the Department of Homeland Security, no wall was built and the border was wide open. That's why the President changed up the team there," Kushner, who is Trump's son-in-law, said.

The President himself downplayed Taylor's role in his administration on Tuesday morning, calling him a "disgruntled employee" despite the fact he served at a senior level.

In the video, Taylor accuses Trump of directing FEMA to withhold disaster funding to California following devastating wildfires in that state because voters in that state had not voted for him for President.

"He told us to stop giving money to people whose houses had burned down from a wildfire because he was so rageful that people in the state of California didn't support him and that politically it wasn't a base for him," Taylor says in the video.

Taylor also accused Trump of wanting to reapply the "zero-tolerance" immigration policy that separated migrant children from their families in a more draconian fashion in order to deter illegal immigration.

"He said he wanted to go further and have a deliberate policy of ripping children away from their parents to show those parents that they shouldn't come to the border in the first place," Taylor said in the video.

And when officials pushed back on many of Trump's demands because they were illegal or unfeasible, Taylor said Trump responded by citing "magical authorities" he claimed to have as President.

"He was one of the most unfocused and undisciplined senior executives I have ever encountered," Taylor said. "I came away completely equipped based on firsthand experience that the President was ill-equipped and wouldn't become equipped to do his job effectively -- and what's worse, was actively doing damage to our national security."

Taylor has worked at Google's public policy arm since leaving the Trump administration as its US lead for advanced technology and security strategy, but a source familiar with the matter said he took a leave of absence last week until Election Day in order to engage more publicly in the 2020 presidential campaign.

Taylor has not had any conversations with the Biden campaign, the source said, but decided to approach the Republican Voters Against Trump group in order to speak out.

Other former senior Trump administration officials -- including most recently former national security adviser John Bolton -- have also spoken out against Trump, but few have taken the step of publicly endorsing Biden. Anthony Scaramucci, who briefly served as Trump's communications director, has also voiced his support for Biden.