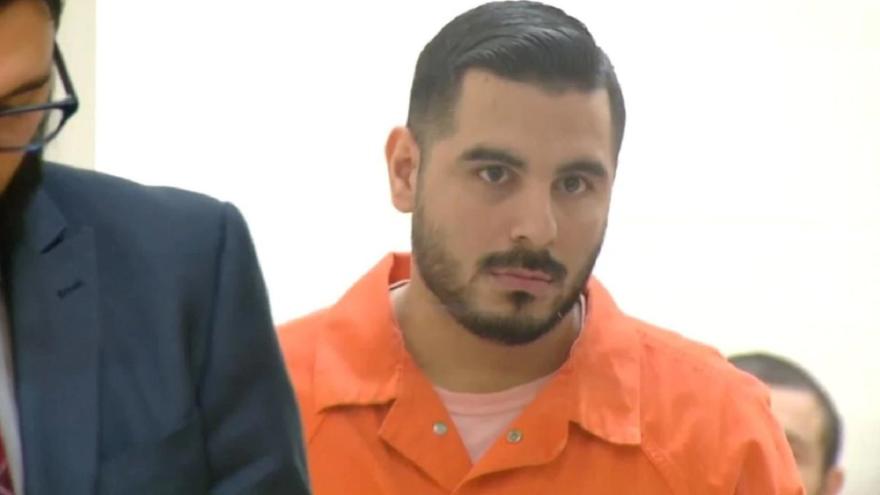 WASHINGTON COUNTY, Oregon (KPTV) -- A Washington County court has sentenced a former security guard to life in prison after being found guilty of first-degree rape and two counts of first-degree sodomy in February.

The Washington County District Attorney’s Office says in Oct. 2018, the victim, who was living out of state at the time, was alerted to a video posted to a pornographic website. It depicted the victim engaged in sexual activity with an unidentified man. The victim had limited memory of the encounter and had no recollection that it was recorded.

The victim reported the video to police. Investigators found it and confirmed it depicted the victim.

The D.A.’s Office says in Nov. 2018, the victim received a friend request from a stranger on social media. She accepted Jorge Ulises Serrano’s request and he began messaging her. The victim realized that she met the defendant when he was working as a security guard at her apartment complex.

Serrano later admitted that he engaged in sexual activity with her despite knowing that she was highly intoxicated. He also admitted that he committed various acts after she fell unconscious.

He was terminated from that job prior to the allegations against him, according to detectives.

Serrano was also suspected to have uploaded intimate photos and videos of multiple women without their knowledge, according to deputies.

He was previously convicted of rape in Marion County where he was given 40 years in prison. In Washington County, he was sentenced to life in prison and will be required to register as a sex offender.