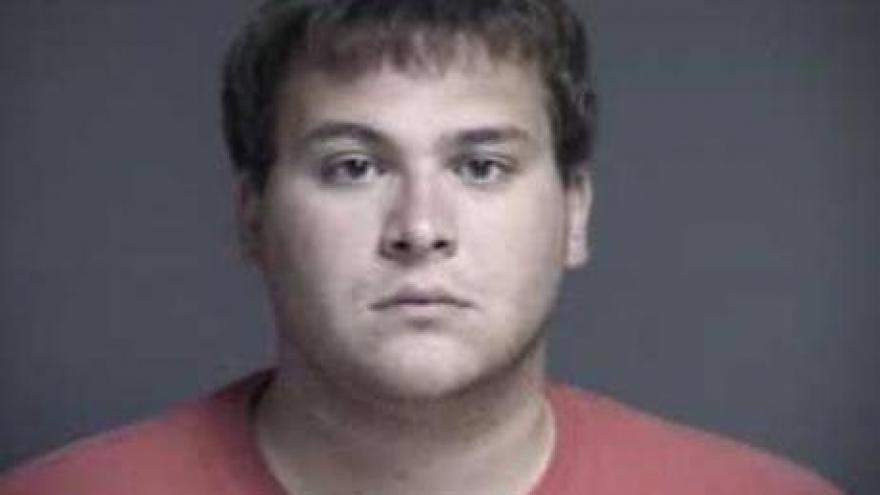 John Austin Hopkins, 25, was placed in custody after a three-month investigation by the Springboro Police Department that started in March when a parent reported him to Clearcreek Elementary School, authorities said.

He was indicted on 36 counts of gross sexual imposition involving 28 girls.

It was unclear if Hopkins has a lawyer. According to the clerk of court's office, Hopkins does not have one yet. His arraignment has not been scheduled.

"Based on our office's review of the evidence of the case we believe there was evidence not just of inappropriate contact but also of potential criminal conduct on the part of Mr. Hopkins," Warren County Prosecutor David Fornshell told reporters Monday.

Investigators were able to access a security camera that contained video showing Hopkins interacting with the students during gym class between December 2018 and March 2019. Police determined that Hopkins, who was in his first year as a permanent teacher, had physical contact with more than 80 students.

When asked if Hopkins was trying to get the girls to touch him, Fornshell said, "It was predominately him touching them," and that Hopkins would be "positioning them to straddle him."

Ultimately, a grand jury indicted him on charges involving 28 students.

All 36 counts are third-degree felonies and are defined as sexual contact with a person under the age of 13 and touching erogenous zones for sexual gratification, Fornshell said.

The school system said Hopkins was placed on paid administrative leave in March, the day it learned of "the potential conduct of Mr. Hopkins." In a statement to CNN, the school systems said Hopkins submitted his resignation four days later, on March 12, and the board approved it the following day.

Parents with children in the school system were sent letters and phone calls from the school throughout the investigation process, the statement said, and offered information on a support group for parents.