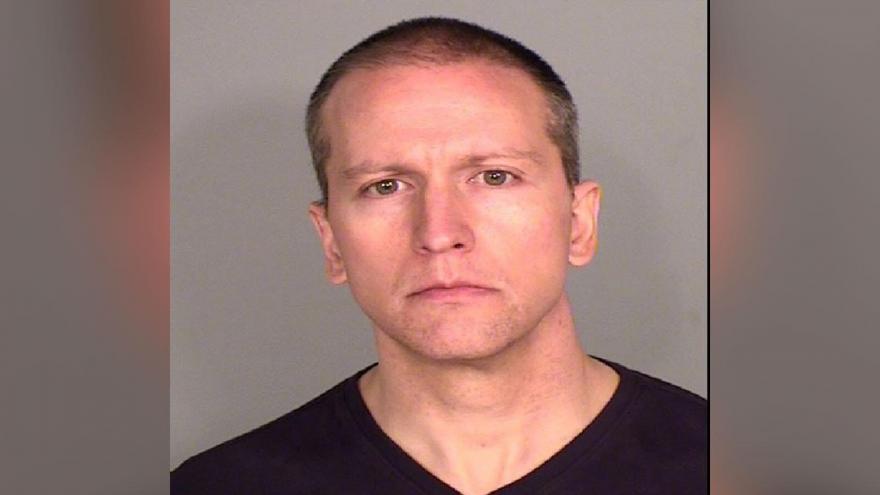 Derek Chauvin, the former Minneapolis police officer charged in the death of George Floyd, will be allowed to live in a neighboring state due to safety concerns stemming from his involvement in Floyd's death that was caught on video and became part of a rally cry for police brutality around the country.

(CNN) -- The former Minneapolis police officer charged in the death of George Floyd will be allowed to live in a neighboring state due to safety concerns stemming from his involvement in Floyd's death that was caught on video and became part of a rally cry for police brutality around the country.

Derek Chauvin posted $1 million bail and was released from custody on Wednesday. He was allowed to leave the state while he awaits trial, according to new bail conditions outlined in court records. As part of the order, he must keep his cell phone on him at all times.

The Minnesota Department of Corrections has evidence "supporting safety concerns that have arisen" in his conditional release supervision, according to the amended court order filed Thursday and posted on the Hennepin County Court website Friday.

The order did not go into any detail about safety concerns.

Videos of the incident show Chauvin kneeling on Floyd's neck for almost eight minutes as Floyd told Chauvin and three other officers that he couldn't breathe.

Floyd's death sparked massive, ongoing protests around the country, and protests against Chauvin's release have taken place in the city over the past two nights.

Chauvin, who was fired from the police department, has no permanent address and "shall establish residency somewhere in the State of Minnesota or a contiguous state as soon as possible and immediately report that address to the conditional release officer assigned" by the state's department of corrections, according to the amended order.

The address will remain confidential, the order said.

Chauvin must have a cell phone with him at all times and answer all calls from the department of corrections, the order states.

He must also surrender his passport and sign four copies of a waiver of extradition.

Chauvin should not be subjected to "greater or less restrictions than would normally be imposed," the order said.

John Stiles, the deputy chief of staff for the Minnesota attorney general's office, said the office had no problem with the amended order.

"We consented to it. We have no objections to it," Stiles said. "We expect the defendant to abide by all the conditions of his release that the court has imposed and to attend all hearings in the trial."

Floyd's family attorney Ben Crump and co-counsel Antonio Romanucci issued a statement Friday that the judge's order "demonstrates how stark the contrast is between the two justice systems in America."

"The police were not concerned about George Floyd's safety even as he was handcuffed, face down on the ground with his breath and life being slowly extinguished," reads the statement. "Yet, the man charged with killing him will roam free across state lines. It's time to recognize and fix the inherent injustice in our systems."

Chauvin has asked a judge to dismiss the charges against him, saying there is no probable cause to support them.

They have also asked that those charges be dismissed.

Chauvin's next court date is set for March 8, according to a notice of appearance.