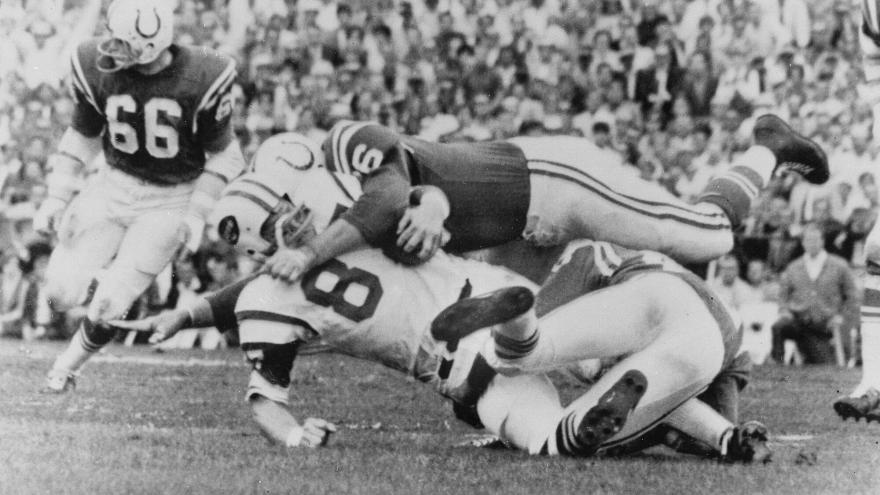 (CNN) -- A former player for the New York Jets died in an accident during a fishing tournament in Texas on Thursday, according to tournament officials and the Texas Parks and Wildlife Department.

Pete Lammons, 77, played six seasons for the Jets, including in Super Bowl III, according to a statement posted on the team's website.

Lammons fell overboard from a boat on Thursday morning while participating in the Toyota Series event at Sam Rayburn Reservoir in Brookeland, Texas, Major League Fishing said in a statement posted on their website. He was an "experienced co-angler" and had participated in 57 tournaments for MLF, according to the statement.

His family will be donating both his Super Bowl ring and his 1963 national championship ring from the University of Texas to Jacksonville High School in Texas, where he graduated, his nephew Lance Lammons, told CNN.

"These were Pete's wishes and we are excited that the community he grew up in will be able to be inspired by viewing these special items," Lance Lammons said. "We are also putting together many of his old relics to go with the rings to make a very special legacy live on forever."

An autopsy will be conducted to determine Lammons' cause of death, TPWD said.