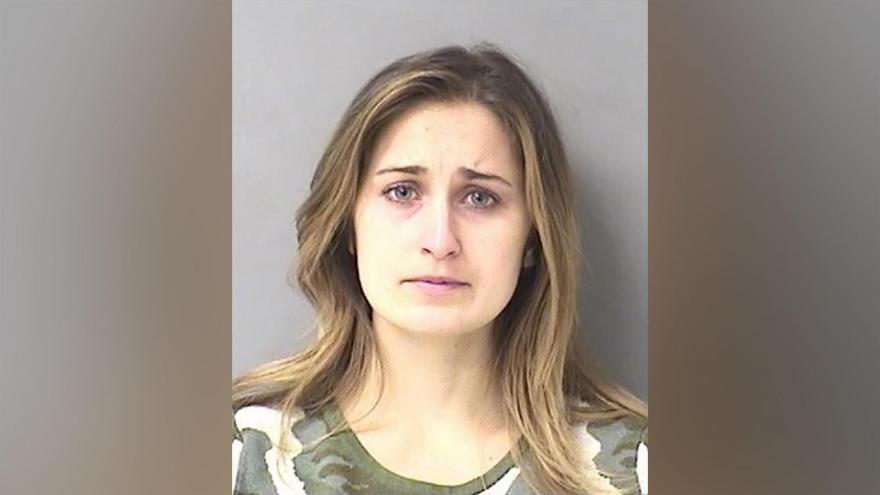 Former Miss Kentucky Ramsey Bearse admitted to exchanging explicit photos with a teenager and has been sentenced to two years at a West Virginia prison. Bearse must also register as a lifetime sex offender.

(CNN) -- A former Miss Kentucky who admitted to exchanging explicit photos with a teenager has been sentenced to two years at a West Virginia prison.

Ramsey BethAnn Bearse, 29, also was sentenced to 10 years of supervised released and a requirement that she register as a lifetime sex offender, according to the sentencing disposition order filed in Kanawha County Circuit Court. She was sentenced by Judge Louis H. Bloom on Tuesday, and was ordered to report to Lakin Correctional Center on July 20.

Bearse was arrested in December 2018 and was originally charged with four counts of sending obscene material to a minor. She admitted to police that she sent least four topless photos via Snapchat to a 15-year-old former student of hers while she was employed as a teacher at Andrew Jackson Middle School in Cross Lanes, West Virginia, according a criminal complaint.

The boy's parents found the photos on his phone and sent them to the police. The boy was a student at Andrew Jackson from sixth to eighth grade while Bearse was employed there as a teacher during some of that time, according to the criminal complaint.

Bearse pleaded guilty in December 2019 to one count of possession of material depicting minors in sexually explicit conduct, a felony offense. CNN affiliate WCHS reported that she said in court during the plea hearing that the first photo she sent to the boy was intended for her husband.

Bearse was crowned Miss Kentucky in 2014. Bearse competed in pageants under the name Ramsey Carpenter, and her fiddle performance won the preliminary talent competition at the national Miss America pageant in Atlantic City.