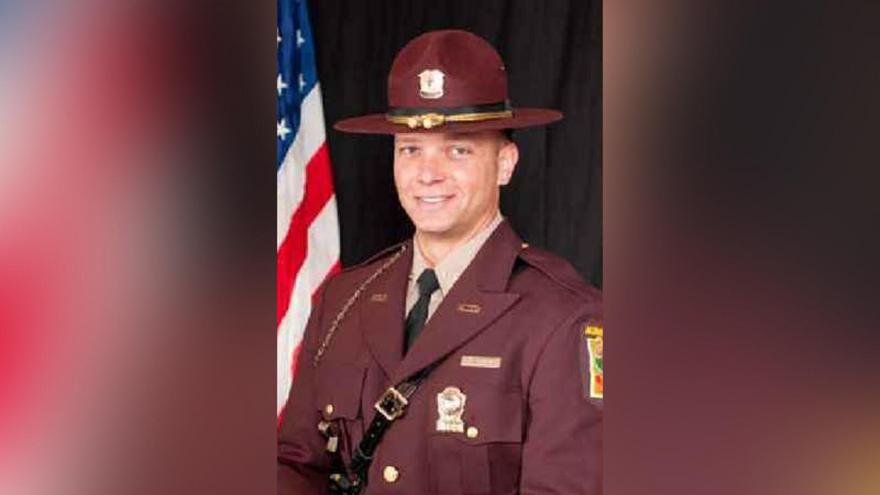 (CNN) -- A former Minnesota state trooper has pleaded guilty to texting himself "nude or partially nude" photos of a woman after he detained her and used her phone.

Albert Kuehne responded to the scene of a one-car accident and detained a driver on suspicion of driving while intoxicated, according to the complaint summons filed last June. He told the driver to give him her phone, the court document says.

Kuehne went to the squad car and sent himself three photos, two of which show the victim's "exposed breasts," the document adds.

The victim was taken to the hospital, where she was treated and released, according to court documents.

The victim learned what Kuehne did when her boyfriend was using her MacBook, which was linked to her cellphone. Her boyfriend noticed there were messages "containing nude photographs of her sent to an unknown number," the complaint summons says.

Her "phone itself had no record of the messages being sent as those records had been deleted." When her boyfriend called the unknown phone number, Kuehne answered, according to the document.

The victim did not give Kuehne permission to access her phone, view the photos or send them to himself, the complaint summons says.

Kuehne filed a petition Monday to enter a guilty plea to an amended count of "nonconsensual dissemination of private sexual images," according to documents.

He agreed to sentencing terms including two years of supervised probation, restitution and no contact with the victim, according to the petition. He was originally charged with two counts of felony harassment with bias.

Kuehne's attorney could not be immediately reached.

Kuehne has a hearing scheduled Monday, according to the court docket.

"We hold troopers to a high standard and the conduct outlined in this complaint is reprehensible and inconsistent with the core values of the Minnesota State Patrol," Col. Matt Langer said in a statement to KSTP.

The Minnesota State Patrol did not immediately respond to CNN's request for comment.