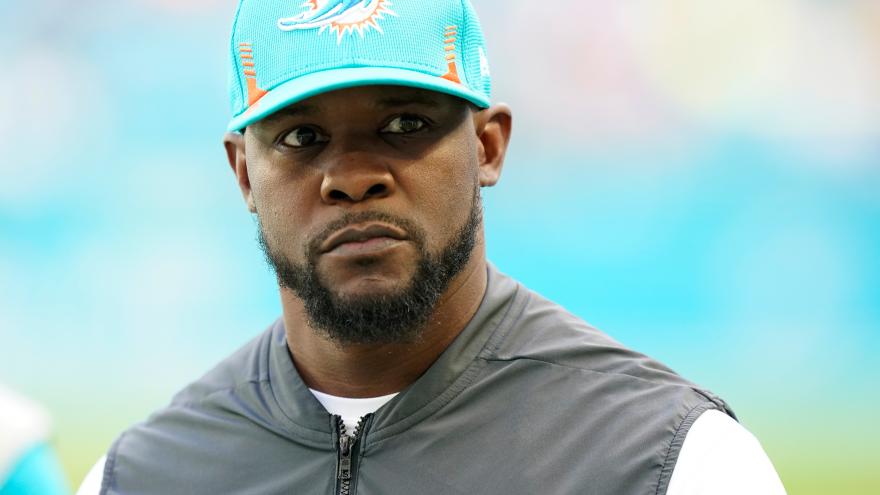 Flores described the situation on CNN Wednesday morning. The former Miami head coach was asked if Ross explicitly told him he would give Flores $100,000 for each game he would lose: "Yes he did. That's not something you make up... there were several conversations about, 'Take a vacation. We don't need to win right now. You're going to keep your job. You've signed a contract.'

"I've got a group of men in that locker room that I need to look them in the eye and [...] let them know I'm helping them reach their potential, we're trying to win games. I was never going to stand for that. I would say that strained a lot of the relationships in Miami."

Flores said his refusal to accept money to lose and refusal to tamper with players contributed to him being fired.

"Absolutely. 100%. I think that strained a lot of the relationships and not necessarily in the building.

"I implore people to talk to the people in the Miami Dolphins building. From a culture standpoint and from a relationship standpoint, I go out of my way to try to make people feel appreciated and that was certainly the case. I'm looking forward to hearing those people speak about their relationships with me."

On Tuesday, CNN asked the Dolphins specifically about the accusations levied at Ross in the lawsuit. In response, the team released the following statement: "We are aware of the lawsuit through the media reports that came out this afternoon. We vehemently deny any allegations of racial discrimination and are proud of the diversity and inclusion throughout our organization.

"The implication that we acted in a manner inconsistent with the integrity of the game is incorrect. We will be withholding further comment on the lawsuit at this time."

When asked for comment, the NFL told CNN: "The NFL and our clubs are deeply committed to ensuring equitable employment practices and continue to make progress in providing equitable opportunities throughout our organizations.

"Diversity is core to everything we do, and there are few issues on which our clubs and our internal leadership team spend more time. We will defend against these claims, which are without merit."