4 charged in slaying linked to killing of ex-Packers player 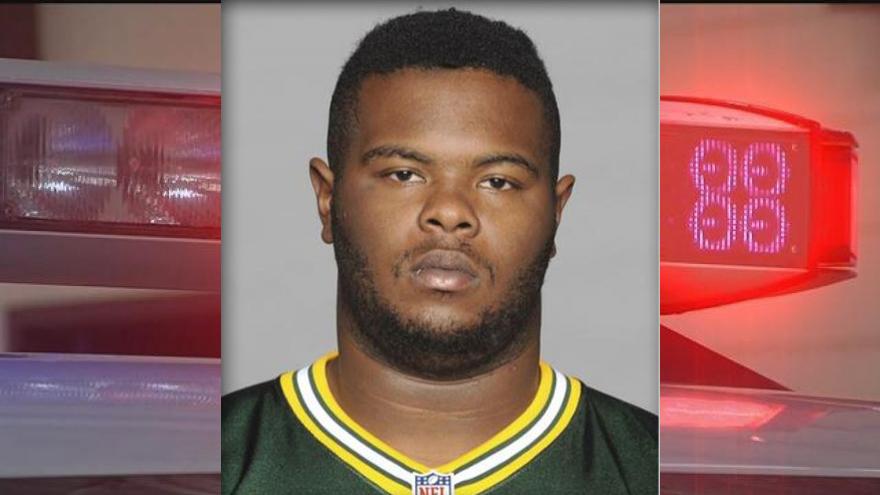 BIRMINGHAM, Ala. (AP) -- Four men are charged with murder and kidnapping in a slaying that police in Alabama say is linked to the killing of a former Green Bay Packers player.

Former Packers defensive lineman Carlos Gray was shot to death Monday in a killing sheriff's officials believe was linked to the drug trade.

They say 21-year-old Darryl Thomas was found dead of bullet wounds the next day.

The Jefferson County Sheriff's Department says friends of the 25-year-old Gray believe Thomas killed him, and Thomas was killed in retaliation.

Records aren't available to show whether the men have lawyers.

BIRMINGHAM, Ala. (AP) -- Alabama authorities say they've found the body of a man believed to have been killed in retaliation for the slaying of a former Green Bay Packers player.

At least one of the suspects in Thomas' death is believed to have been a close friend of Gray.

No charges have been filed in either death.

The 25-year-old Gray signed with the Packers in 2014. He was living in Alabama after being released in 2015.

PINSON, Ala. (AP) — Authorities say a former Green Bay Packers player has been found shot to death in his home in Alabama.

Al.com reports that sheriff's deputies and Center Point Fire and Rescue were dispatched to the house after a friend found Gray wounded and unresponsive.

Gray played at North Carolina State University and signed with the Packers as a free agent in 2014.

Al.com reports that he was released from the Packers in 2015 and returned home to Alabama. He was the father of two young children.