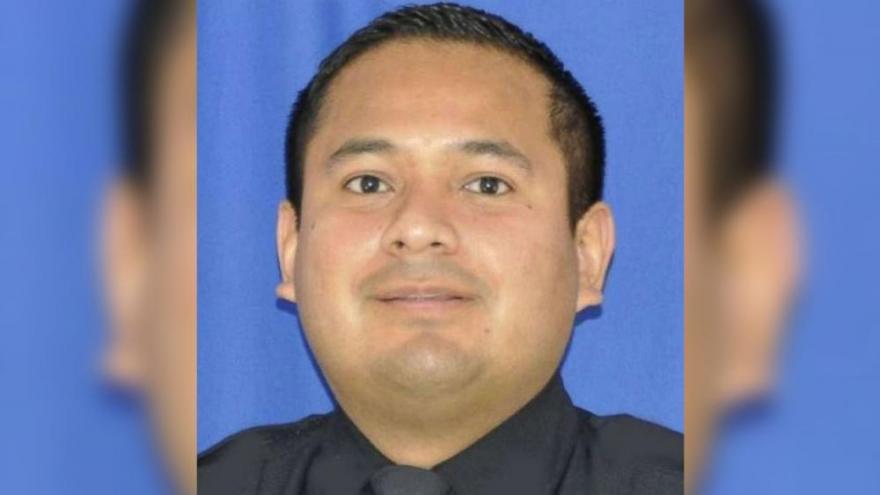 Leonel Marines, who resigned from the police department in Bradenton, Florida.

(CNN) -- A former Florida cop allegedly used local and state law enforcement databases to look for women to date and have sex with, officials say.

An investigation by the Bradenton Police Department revealed that former Officer Leonel Marines targeted women, using his position to approach them for dates, Chief Melanie Bevan said. He may have had sex with some of them, even while on duty, she said.

Bevan said her department had reached out to as many as 150 women during the course of their investigation; she says Marines may have targeted a smaller number of those women.

By law, the databases are only supposed to be used for official police business.

Bevan, speaking at a news conference on March 7, called the revelation "truly a disturbing situation." She said she'd personally met with many of the women Marines allegedly targeted to tell them that "Marines' actions are not a representation of those who so proudly wear this uniform and badge and also simply to tell them, 'I'm sorry.'"

The 12-year veteran of the force was pulled from patrol duty, placed on administrative leave without pay and stripped of his badge, gun and uniform. He resigned on October 30. Had Marines not resigned, "he would have been fired," Bevan said.

Bradenton police referred a criminal investigation to the FBI, which is spearheading its own inquiry.

CNN left messages on Marines' voice mail seeking comment but has not heard back from him. Attempts this week to determine whether he has a lawyer were unsuccessful.

He was caught after he allegedly followed a woman home

Police uncovered Marines' alleged scheme after a woman and her parents filed a complaint last June, the chief said.

The former officer had met the woman in the parking lot of a local store, Bevan said, and followed her most of the way home in his police car. He knocked on the door of her parents' house and told them he wanted to speak with their daughter about a "domestic matter," Bevan said.

Her parents refused the request, and asked for Marines' name and his supervisor's information, Bevan said. Marines promptly left.

The woman's parents called the Bradenton Police Department, where a watch commander told them Marines was the officer on duty at the time, Bevan said. The watch commander said Marines had explained he'd followed the woman home because she had a headlight out, Bevan said.

"The two stories really didn't match up," the chief said.

He has allegedly targeted women since 2012

Investigators searched Marines' use of the state's Driver and Vehicle Information Database.

Bevan said "several hundred" of Marines' search queries in the department's database diverged sharply from the "open and active cases" he and law enforcement colleagues were working on as part of official duties.

"A very, very clear trend of focusing on female versus male names, emerged," she said.

The BPD's internal investigation revealed Marines' alleged behavior stretched back as far as 2012.

The department identified 150 women it believed were associated with the case, and narrowed down a shorter list with whom Marines engaged in "negative and inappropriate direct contact ... while presenting himself as a Bradenton police officer," Bevan said.

He used the database information to reach out to the women with social media, phone calls or visits to their homes to "try and get dates with these women," Bevan said.

At times he was successful, the chief said, adding that the majority of the women Marines preyed on were Hispanic.

Investigators believe Marines committed numerous administrative violations, including having sex on duty. The Bradenton police declined to publicly issue the results of its internal investigation, as Marines could be subject to criminal charges, Bevan said.

Police released a photo of Marines so the public can provide any additional tips to the FBI in its investigation.