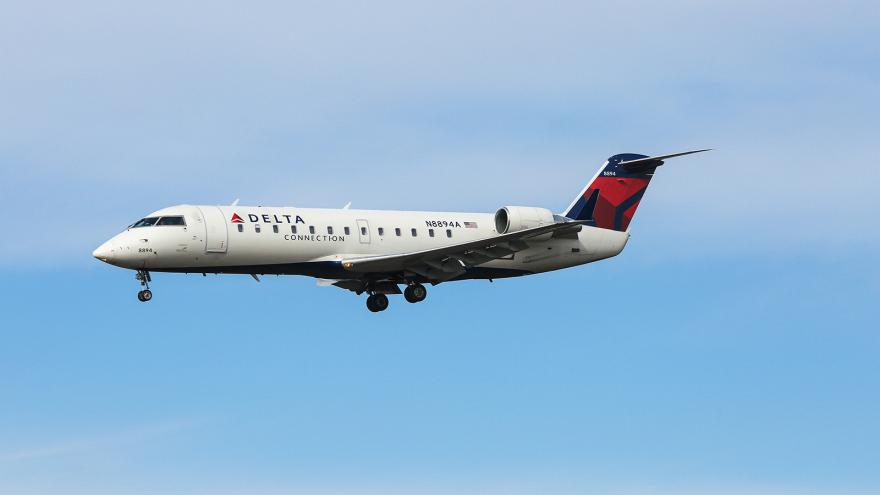 The plaintiff, Leondra Taylor, who is Black, admitted she posted a cartoon image on her personal Facebook page depicting then-President Trump and then-former Vice President Joe Biden during one of their presidential debates in 2020, according to the lawsuit filed Monday in federal district court in Atlanta.

In the cartoon, Trump is pictured wearing a Ku Klux Klan hood as he stands at the podium across from Biden. The image includes a quote bubble over the head of the debate moderator saying, "Thank you, Mr. President, for wearing your mask."

The image was created by editorial cartoonist Aislin and published by the Montreal Gazette on October 1, 2020, days after the first 2020 general election presidential debate moderated by Chris Wallace. In that debate, Trump was asked by Wallace to denounce White supremacists and militia groups, to which the then-President said, "Proud Boys, stand back and stand by."

Delta "came across some political posts that it deemed to be in violation of its social media policy" during a review of Taylor's Facebook page sparked by another employee, the lawsuit states. In January 2021, a group of Delta employees told Taylor her posts were unacceptable and said it did not "tolerate, disrespectful, hateful or discriminatory posts," according to the lawsuit.

A month later, Delta notified Taylor it intended to "suspend her employment," and a manager stated that her "political posts were racially motivated," which was given as the reason for her termination, the lawsuit reads.

The lawsuit, which alleges Delta "discriminated against plaintiff because of her race," contends that Taylor's posts were "political statements, but they were not hateful or discriminatory."

It argues the cartoon showing Trump in the mask "simultaneously made a statement about Trump's denial of the need for Covid protective measures, and that racial discrimination against African Americans was a systemic issue starting at the top, with the then president."

It also alleges non-African American employees at Delta weren't subject to the same penalties for their activity on social media.

Taylor is suing for general damages for mental and emotional suffering; punitive damages for what the lawsuit calls the "defendant's willful, malicious, intentional, and deliberate acts"; and lost wages.

A Delta spokesperson responded to Taylor's federal lawsuit to CNN in a statement: "When Delta employees intermix Delta's brand with conduct or content that does not reflect our values of professionalism, inclusion, and respect, that conduct can result in discipline or termination. While personnel issues are considered private between Delta and its employees, the circumstances described by our former employee are not an accurate or complete explanation of the company's termination decision."