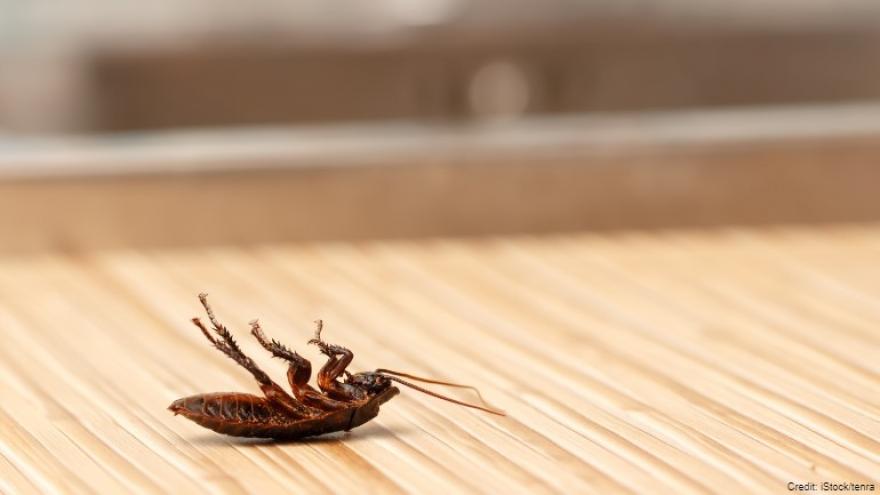 (CNN) -- Six former eBay employees face charges for cyberstalking and tampering with evidence after, according to federal prosecutors, they harassed a Boston-area couple who ran a news site that was at times critical of the company.

The former employees are accused of sending threatening messages to the couple, as well as unsolicited packages including a mask meant to look like a bloody pig, fly larvae, live spiders and a box of cockroaches. According to court documents, they also posted the couple's address to Craigslist and invited singles, couples and swingers to knock on their door "any time of day or night." Prosecutors also accused several of the former employees of flying from California to the couple's home in Massachusetts to "surveil" them, and even of attempting to break into their garage to install a GPS tracker on their vehicle.

The couple, who are not named in the complaint, run a news site devoted to covering ecommerce, including companies such as eBay and Amazon, that is sometimes critical of the companies, US Attorney for Massachusetts Andrew Lelling said at a press conference Monday. Lelling said the couple was targeted by a systematic campaign fueled by the resources of a Fortune 500 company.

"We've never seen a company that did something like this before," Lelling said. "It could be that it speaks to a culture in Silicon Valley of dealing aggressively with a brand."

The former eBay employees include David Harville, 48, former Director of Global Resiliency, and James Baugh, 45, former Senior Director of Safety and Security. Others charged include Stephanie Popp, Brian Gilbert, Stephanie Stockwell and Veronica Zea. Gilbert was previously a police captain in California, according to the US Attorney's Office.

Baugh and Harville were both arrested Monday and are expected to have initial court appearances later on Monday in California and New York, respectively, according to the US Attorney's Office.

The other four defendants who have been charged are not in custody but are expected to make initial appearances in federal court in Boston at a later date. All six defendants are charged with conspiracy to commit cyberstalking and conspiracy to tamper with witnesses.

Prosecutors said Baugh directed Popp, Stockwell, Zea and other unnamed employees to anonymously harass the couple with the goal of distracting them and making them uncomfortable to the point where they would "stop writing negative articles about eBay," according to a criminal complaint against Baugh and Harville.

An attorney for Zea had no comment on the charges. CNN has reached out to attorneys for the other five defendants for comment.

The criminal complaint alleges that employees were encouraged to target the couple after eBay executives were unhappy with their coverage of the company and an unnamed executive texted, among other messages, "We are going to crush this lady."

The defendants' plan, prosecutors allege, was to harass the couple anonymously, and then have eBay representatives offer to help the couple, "creating good will toward eBay."

In a statement posted to its website Monday, eBay said it was notified by law enforcement of suspicious actions by its security personnel in August 2019. The company "immediately launched a comprehensive investigation," and terminated all involved employees, including the company's former chief communications officer, in September, it said. (The former chief communications officer has not been accused of any criminal wrongdoing.)

The statement said eBay's board of directors formed a special committee to investigate the matter with the help of an outside law firm, and that the company cooperated fully and extensively with authorities.

"eBay does not tolerate this kind of behavior. eBay apologizes to the affected individuals and is sorry that they were subjected to this. eBay holds its employees to high standards of conduct and ethics and will continue to take appropriate action to ensure these standards are followed," the statement said.

In its statement, eBay said an internal investigation of Devin Wenig, its CEO at the time of the incident, found that his communications were inappropriate, but that "there was no evidence that he knew in advance or authorized the actions that were later directed toward the blogger and her husband."