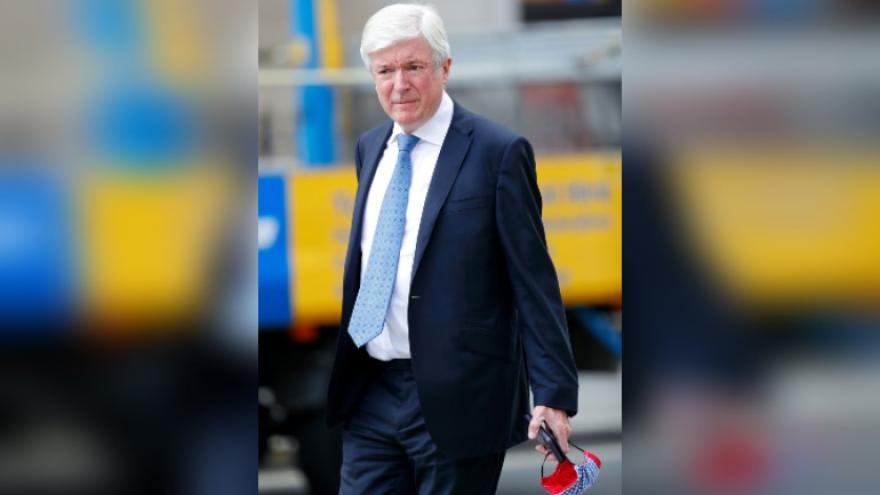 (CNN) -- A former BBC director-general has resigned as chairman of London's National Gallery in the fallout from an investigation into a bombshell interview with Princess Diana in 1995.

Tony Hall, who was director of BBC news and current affairs, was in charge of an internal investigation in 1996 into the circumstances surrounding the interview. On Friday, a subsequent independent investigation into the interview found that Hall covered up "deceitful behaviour" of reporter Martin Bashir.

"I have today resigned as chair of the National Gallery," Hall said in a statement. "I have always had a strong sense of public service and it is clear my continuing in the role would be a distraction to an institution I care deeply about. "As I said two days ago, I am very sorry for the events of 25 years ago and I believe leadership means taking responsibility."

The BBC was forced to issue a humiliating apology after covering up the "deceitful" methods its former journalist Bashir used to secure one of its biggest-ever scoops 25 years ago. Current BBC Director-General Tim Davie said that while the British public broadcaster "cannot turn back the clock after a quarter of a century, we can make a full and unconditional apology."

Prince William, the Duke of Cambridge, lambasted the BBC Thursday for contributing "significantly to her fear, paranoia and isolation" felt by his late mother in the years before her death, in a rare emotionally charged statement by a royal against the public broadcaster.

Gabriele Finaldi, director of the National Gallery, thanked Lord Hall for his work at the institution in the same statement.

"He has demonstrated extraordinary commitment to the gallery and it has been a great pleasure to work closely with him as we have faced the challenges of Covid and as we prepare to mark the gallery's bicentenary in 2024," he said.

Hall became a trustee of the National Gallery in November 2019 and chair in July 2020. His deputy, John Kingman, said Hall was doing a "superb job."

"The Gallery is extremely sorry to lose him, but of course we entirely understand and respect his decision," he said in a statement.