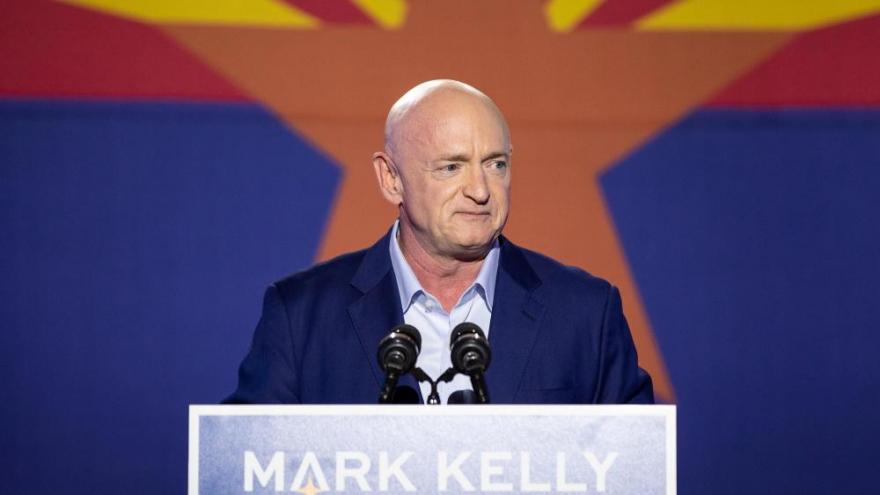 (CNN) -- Former astronaut Mark Kelly will be sworn in as a US senator for Arizona at noon ET on Wednesday, a senior Democratic aide told CNN.

A retired Navy captain and NASA astronaut, Kelly was widely viewed as one of the Democratic Party's strongest recruits of 2020. He is married to former Arizona Rep. Gabby Giffords, who was shot and nearly killed in 2011 and is now a leader in the movement against gun violence.

McSally was appointed by Gov. Doug Ducey, a Republican, to fill the seat formerly held by the late Sen. John McCain after she narrowly lost a race to Democrat Kyrsten Sinema for Arizona's other Senate seat in 2018.

With Kelly's election, the fight over which party controls the chamber hangs on the outcome of two Senate runoff elections in Georgia that will take place in January.

Kelly and his identical twin brother, Scott, were chosen to be astronauts in 1996.
The senator-elect flew his first mission into space in 2001 onboard the Space Shuttle Endeavour, and he completed three more missions. Kelly, 56, also spent more than 50 days in space and lived on the International Space Station before retiring from NASA in 2011.

Kelly campaigned on improving gun safety laws, improving services for veterans, and quality healthcare for Arizonians. In 2013, he and Giffords co-founded Giffords, an organization to prevent gun violence after the mass shooting at the Sandy Hook elementary school in Newtown, Connecticut.