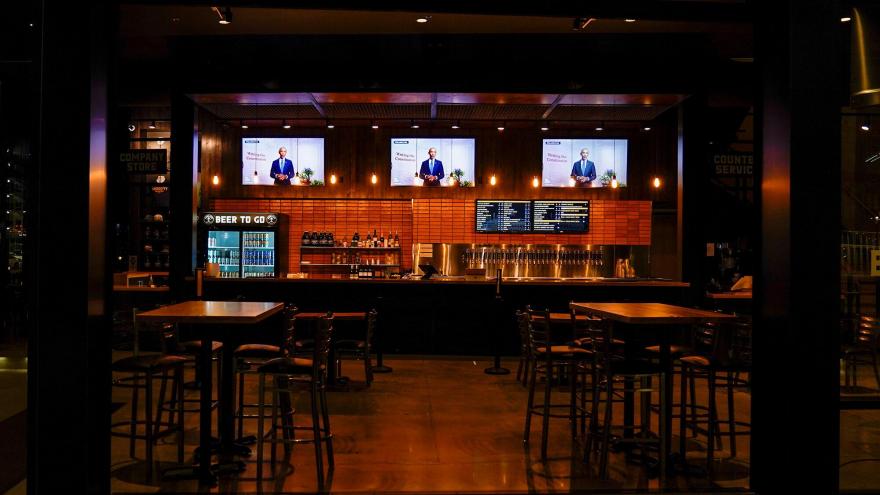 (CNN) -- As foreign ambassadors to the US sit at home watching the Democratic National Convention from their couches, they are upset about what they are missing: a prime opportunity to schmooze with the officials who could be part of an incoming administration if the Democratic nominee, Joe Biden, beats President Donald Trump in the November election.

Traditionally, diplomats swarm the Republican and Democratic conventions -- filling their schedules with cocktail parties and breakfast meetings with party insiders, seeking to gather any information they can about who is who and the policies they favor.

They're looking to meet America's current power brokers and future leaders, all with a view to developing helpful relationships and getting a better understanding of how an American election might affect the political relationship and economic and strategic ties with their country -- all of which gets written up and sent back to foreign capitals around the world.

"You can't replace the personal interactions," said one ambassador. "It is just not the same thing."

The Democratic convention wraps up its largely virtual events on Thursday evening, while the Republican National Convention holds its virtual gathering from Monday through next Thursday.

The coronavirus pandemic, which continues to rapidly spread across the US, issued a death knell on the diplomats' opportunity to meet and greet -- but it's not the only challenge foreign envoys are facing this year.

Biden officials are also wary about meeting with diplomats because of the missteps by the Trump campaign in 2016, when a top Trump official discussed sanctions with the Russian ambassador during the transition and then lied about the discussion to the FBI, launching intense scrutiny of all contacts the Trump campaign had with foreign actors.

"The Biden campaign is going to be very cautious about any engagement with foreign diplomats given what happened in 2016," said a Democratic foreign policy official who is informally involved in Biden's foreign policy apparatus. "People are very, very wary of anything that would smack of passing information or conveying information at all to representatives from abroad. People are being prudent."

Some diplomats have even decided to leave the country during this intense moment in the US election, because they can do their virtual jobs just as easily from their home countries.

While diplomats -- keen to make contact and share any insightful morsel of information with their home governments -- are collecting the names of those in the vast informal network of Biden advisers, and are able to speak with them, the envoys still are not receiving invitations from the campaign itself.

Presidential candidates' policy staffs rarely provide the details of their planned policies, in an effort to preserve the right to develop them as they see fit once they are in office, explain multiple campaign foreign policy advisers.

"It is more of a jigsaw puzzle than it would normally be," said a second foreign diplomat based in Washington.

Biden is a known commodity in Washington and in the foreign policy space, which is why diplomats say their job is easier than it could have been.

"We are not panicked," said a third diplomat.

Yet there remains a thirst for more information about Biden's thinking on certain foreign policy issues such as China and trade, multiple diplomats say. Questions remain -- among those diplomats cozied up watching the DNC's biggest show from afar -- as to why the Biden campaign is not choosing to selectively engage with them, in small groups.

Some diplomats believe the Biden campaign could create a smarter strategy -- such as agreeing to meet with traditional US allies -- instead of seeking to give the appearance that they are not having any official conversations with embassies in Washington.

The Biden campaign did not reply to a request for comment.