Ford, GM and Tesla may make ventilators to combat coronavirus 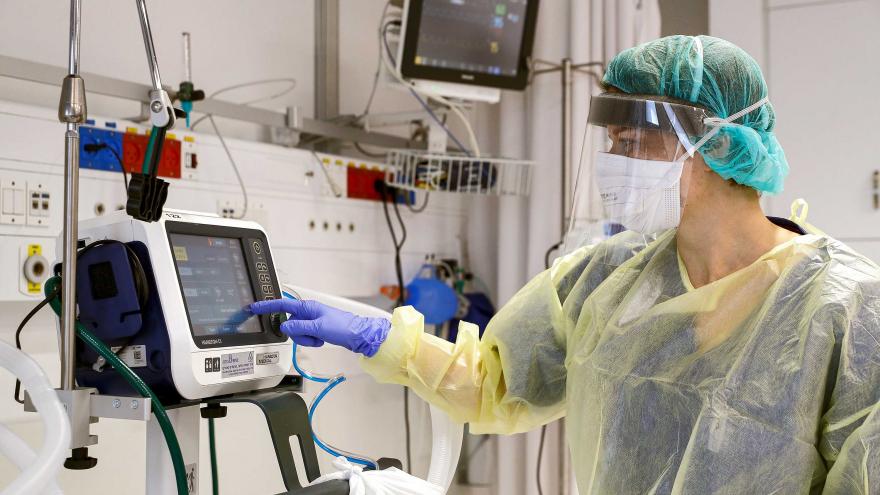 (CNN) -- In a move reminiscent of the World Wars, when America's car factories shifted to producing tanks, bombers and aircraft engines, some US automakers are looking into making ventilators and other medical equipment to help combat the coronavirus pandemic.

A shortage of ventilators has become a growing concern as the number of reported infections increase across the United States. In the most serious cases, coronavirus patients lose the ability to breathe on their own and require a ventilator, which pumpsair in and out of the lungs.

"As America's largest producer of vehicles and top employer of autoworkers, Ford stands ready to help the administration in any way we can, including the possibility of producing ventilators and other equipment," Ford said in a statement Wednesday night. "We have had preliminary discussions with the US government and are looking into the feasibility."

GM also said that it is looking into whether it could produce medical equipment, including ventilators. GM spokesperson Jeannine Ginivan said CEO Mary Barra had been in touch with the White House regarding the possibility. "GM is working to help find solutions for the nation during this difficult time and has offered to help," Ginivan said

Tesla CEO, Elon Musk, hasalso weighed in. After being pressed on the matter by Twitter users, Musk, who has expressed skepticism over the seriousness of the coronavirus crisis, responded: "We will make ventilators if there is a shortage."

New York City mayor Bill DiBlasio tweeted that the city could use Tesla's help with getting more of the devices.

Musk replied, saying his company would connect with the mayor's team to "understand potential needs."

Ford and GM have shut down auto production at plants in North America over concerns about the spread of coronavirus. An expected drop in demand for new cars and trucks was also a factor in their decisions.

Tesla, meanwhile, has kept its factory in Fremont, California, running despite a shelter-in-place order in that area.

In the United Kingdom, aircraft engine maker Rolls-Royce and vacuum maker Dyson have also been approached about making ventilators to address shortages there.

In total, GM and Ford have 83 factories that are temporarily shut down due to the coronavirus crisis.

Beyond their sheer manufacturing real estate, these huge automakers can also command legions of supplier companies that make plastic and metal parts and electronic components, said Kristin Dziczek, an industry analyst with the Center for Automotive Research in Michigan. They also offer invaluable expertise in working through complex manufacturing and logistical problems.

"There's a whole range of needs we're going to have that the manufacturing might of the automakers could be brought to bear on," she said.