For the second time in a week, a Parkland student has died in an apparent suicide 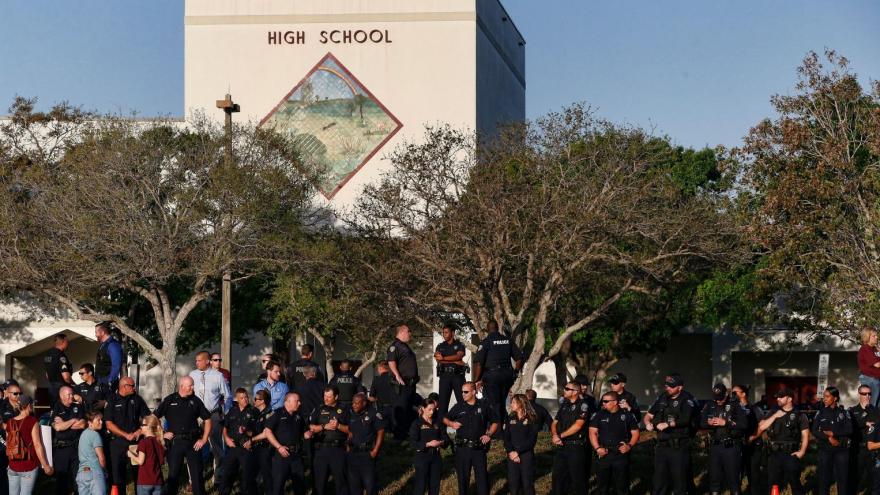 Marjory Stoneman Douglas High School students and staff return to the school on February 28, 2018 -- two weeks after the mass shooting in which 17 people died.

(CNN) -- A second Marjory Stoneman Douglas High School student has died in what police are calling "an apparent suicide."

The student, who was enrolled at the Parkland, Florida, school at the time of death, has not been publicly identified. The death occurred Saturday evening and is under investigation, said Coral Springs Police spokesman Tyler Reik.

It's unclear under what circumstances the student died, or what connection, if any, the student had to last year's shooting at the high school.

News of the student's death comes as the Parkland community is mourning the passing of a former Marjory Stoneman Douglas student, Sydney Aiello, who died last Sunday.

Aiello, who survived the 2018 massacre at the school, took her own life after suffering from survivor's guilt and being diagnosed with post-traumatic stress disorder, her mother told CNN affiliate WFOR.

A funeral for Aiello, who was a student at Florida Atlantic University, took place on Friday.

Seventeen people -- 14 students and three staff members -- were killed when a gunman opened fire at the high school on February 14, 2018. The shooter, who confessed, has been indicted on 17 counts of murder.

If you or someone you know might be at risk of suicide, here's how to get help: In the US, call the National Suicide Prevention Lifeline at 1-800-273-8255. The International Association for Suicide Prevention and Befrienders Worldwide also can provide contact information for crisis centers around the world.