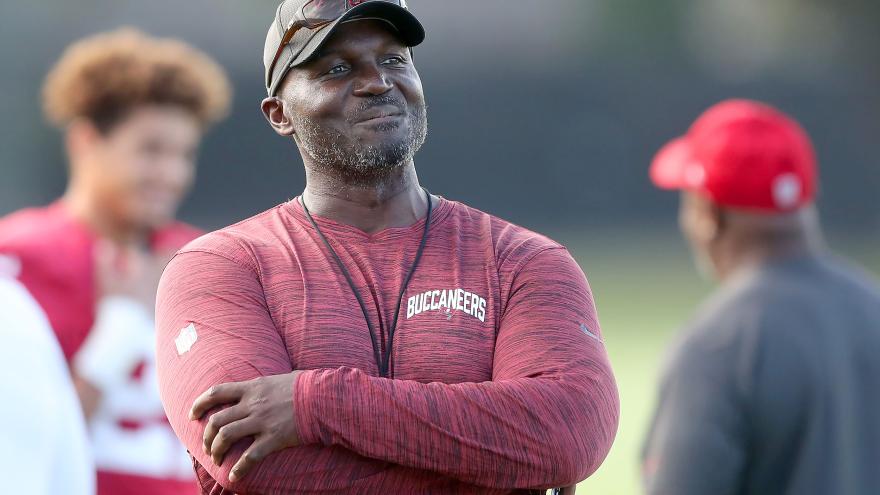 Mount St. Mary's University in Maryland announced Tuesday that Bowles earned a Bachelor of Science degree in youth and community development and plans to take part in the university's commencement in May.

According to the university, Bowles restarted his degree pursuit in the summer of 2020 -- just before the start of the Buccaneers' Super Bowl-winning season -- taking online courses.

The NFL coach gave credit to his agent, Anthony Agnone, a 1975 Mount Saint Mary's alumnus, with the idea to complete his college pledge.

Bowles said, "Over the years, as I became a father, it became something I wanted to do in order to set a proper example for my sons as they continue on their educational paths. I have also worked pretty extensively with children through my various community projects, and I felt it was important to show them they can achieve whatever they set their mind to."

Bowles is in his first season as the Buccaneers' head coach after three seasons as the Bucs' defensive coordinator.

"Congrats on earning your degree, coach Bowles!" the team tweeted.

Bowles was a four-year starter as a defensive back at Temple during the 1980s. He signed as a free agent with the Washington Redskins in 1985, according to Temple.

He played eight seasons in the NFL with the Redskins, where he was a starter on their Super Bowl XXII-winning team and the San Francisco 49ers from 1986-1993.

His mother, Joan, died in 2009, according to a 2015 New York Times article that reported Bowles "inherited his resolve from his mother, who, after divorcing his father, raised four children while juggling jobs as a librarian and pharmaceutical lab assistant."

Joan Bowles also had a policy of homework before sports play, the Times reported.