For 40 years, she cooked Thanksgiving dinner for police. So they surprised her with a birthday parade 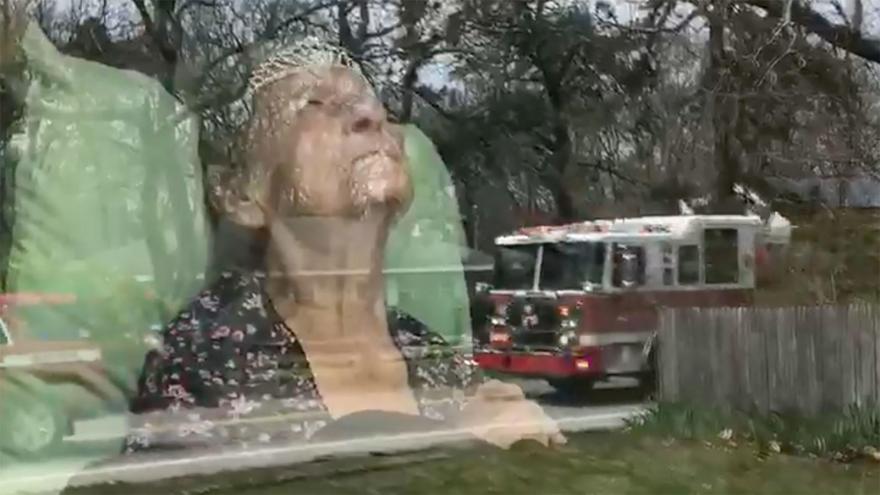 Adele Ambrose wore a tiara and got emotional as her birthday parade drove by.

The birthday lady wore a sparkling tiara and sat near a window on Thursday as New York State Police and firefighters drove past her Long Island home with sirens ringing. In a video that police shared on Facebook, Ambrose got emotional as the vehicles passed.

She has a unique bond with the state troopers in Riverhead, New York. For over 40 years, Ambrose cooked Thanksgiving dinner for them.

"Always special when we can say thank you back," New York State Police posted on Facebook. "We were proud to be part of her parade after all she has done for us."

The Thanksgiving tradition began in the 1970s, Ambrose's daughter, Dawn, said on Facebook. Dawn added that her dad was a mechanic who worked on the troopers' vehicles and would tell the officers to go in the house to get a bite to eat.

"So they became family and that's how it began in the middle '70s," Dawn Ambrose said. "My dad said if you do for others they will do for you."

Her mother is blind and has suffered strokes but her memory is strong, Dawn Ambrose said. Adele Ambrose even toasted with an O'Douls as her birthday parade passed by, according to her son, Mike.

"Thanks everyone for taking the time to reach out to her," Mike added on Facebook. "She greatly appreciates your kind words."

The birthday video has become a hit on social media, with over 200,000 views.