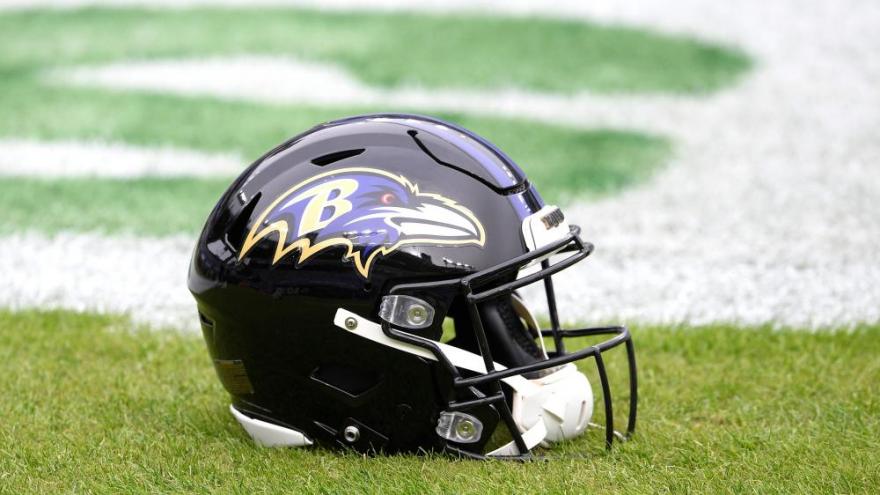 The Baltimore Ravens announced that several members of the team tested positive for Covid-19.

(CNN) -- With the annual Thanksgiving Day takeover by the NFL only days away, fans are hoping for a sense of normalcy for the holidays with three games scheduled to take place Thursday.

The NFL typically dominates the TV schedule in households around the United States with games spread throughout the day, and watching football before and after Thanksgiving feasts has become tradition for many families.

However, this year things will look a little bit different.

And don't expect any post-game embraces either. Players and team personnel will now be only be permitted to "briefly" interact with the opposing team while wearing masks before "promptly" returning to their locker rooms.

That's all assuming the teams scheduled to play can get to the field without too many positive tests.

The Baltimore Ravens announced on Monday that multiple members of the organization tested positive for Covid-19 on Sunday night and that all team activities will take place virtually. Those members have immediately begun to self-quarantine, and the team has started the contact tracing process.

The team is due to face off against the Pittsburgh Steelers as the highly anticipated marquee matchup Thursday night. The Ravens, sporting a 6-4 record, trail their division rival, which remains unbeaten with a 10-0 record.

The NFL Network and Ravens report that running backs Mark Ingram and J.K. Dobbins and defensive tackle Brandon Williams have been placed on the reserve/Covid-19 list. The three players will miss Thursday night's game against the Steelers.

Considering how often and how closely running backs interact with the team's quarterback, there has to be some level of concern that star quarterback Lamar Jackson may have come into contact with either player.

A postponement of the Steelers-Ravens game is now entirely within the realm of possibility. The NFL Network's Tom Pelissero reported Monday that the game is currently expected to be played as scheduled, but that could quickly change should more positive cases arise.

"I think our players did a great job on the sideline with the masks. Great job in the locker room," Ravens coach John Harbaugh said Monday afternoon. "They tried to follow the protocols throughout the game and throughout the weekend at the hotel and in the meetings during the week. Our guys have done a good job of that, so I'm appreciative of them for that. That's probably the thing that gives us a chance to play this game on Thursday night, is the guys doing a great job here in the building and at the game."

Losing what would typically be the post-feast game would leave a large void for many households. More importantly, it shows we still have a long way to go before we're out of this pandemic.

Sunday, 169,190 new Covid-19 cases and 889 deaths were reported, according to Johns Hopkins University.

The average for new cases broke 170,000 over the past seven days for the first time since the pandemic started, and there have been nearly 1.2 million new cases in the past week, marking a new high for a seven-day total. November has been one of the worst months of the pandemic, with 3.1 million new cases being reported in the country, which is the highest of any month.

And it's not just impacting adults.

There were more than 144,000 new cases of Covid-19 reported among children in the week ending November 19 -- marking the highest weekly increase since the pandemic began, according to an update Monday from the American Academy of Pediatrics.

Children now account for more than 11% of all confirmed coronavirus cases in the US. There has been a 28% increase in child Covid-19 cases over two weeks.