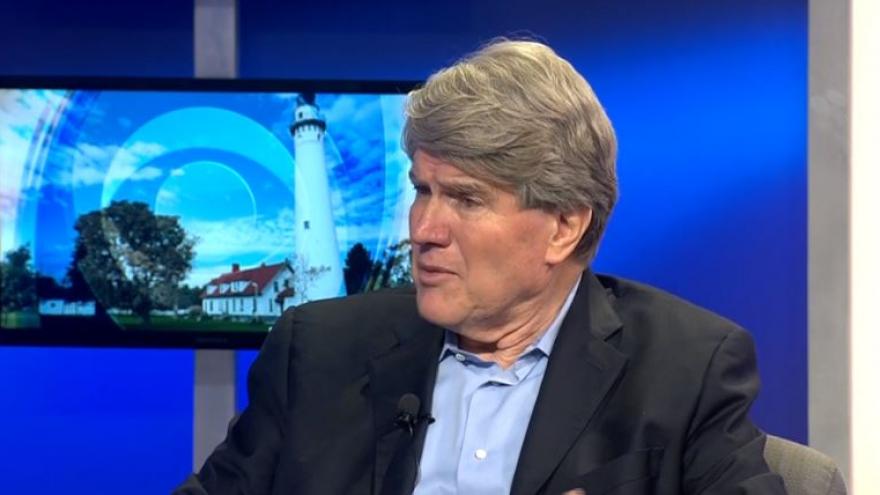 MADISON, Wis. (AP) -- The Latest on Democratic race for governor (all times local):

Gubernatorial candidate Tony Evers is pushing back against charges from fellow Democrat that Evers would be beaten by Gov. Scott Walker in the general election.

In a Wednesday debate Flynn called Evers "Republican lite" and said Walker would "have your lunch." On Thursday, Flynn renewed the attack saying Evers is "fundamentally a Republican."

Gau says calling Evers a Republican is "laughable" and cites his support for raising the minimum wage, abortion rights and advocating for public schools.

She says Flynn should focus on beating Walker and "not taking cheap shots at other Democrats."

The primary is Tuesday.

Gubernatorial candidate Matt Flynn is broadening his attacks against fellow Democrats just days before the primary, saying he doesn't think Kelda Roys or Mahlon Mitchell have a "snowball's chance in hell" of beating Gov. Scott Walker.

Flynn on Wednesday called front-runner Tony Evers "Republican lite" and said that Walker would "have you for lunch."

Flynn told The Associated Press on Thursday that he doesn't think Roys or Mitchell have run effective campaigns. Flynn, Mitchell and Roys are all trailing Evers by double-digits based on recent Marquette University Law School polls.

Flynn says "no one believes" Mitchell or Roys can beat Walker. Neither Mitchell nor Roys immediately returned messages seeking comment.

The primary is Tuesday.

Democratic gubernatorial candidate Matt Flynn is publicly questioning whether front-runner Tony Evers can defeat Republican Gov. Scott Walker, calling him "Republican lite" and voicing concerns that others have made more quietly throughout the campaign.

Flynn on Wednesday in a candidate debate said to Evers that Walker would "have you for lunch" if Evers isn't aggressive enough in challenging him.

Evers called it a cheap shot.

Flynn and Evers are two of eight Democratic candidates in the race. The election is Tuesday.

Flynn and the other candidates have largely focused their arguments on Walker and what makes them the best one to challenge him. Kelda Roys and Mahlon Mitchell, in particular, have tried to argue they would provide the best contrast with Walker, a more thinly veiled criticism of Evers than the one Flynn lodged.