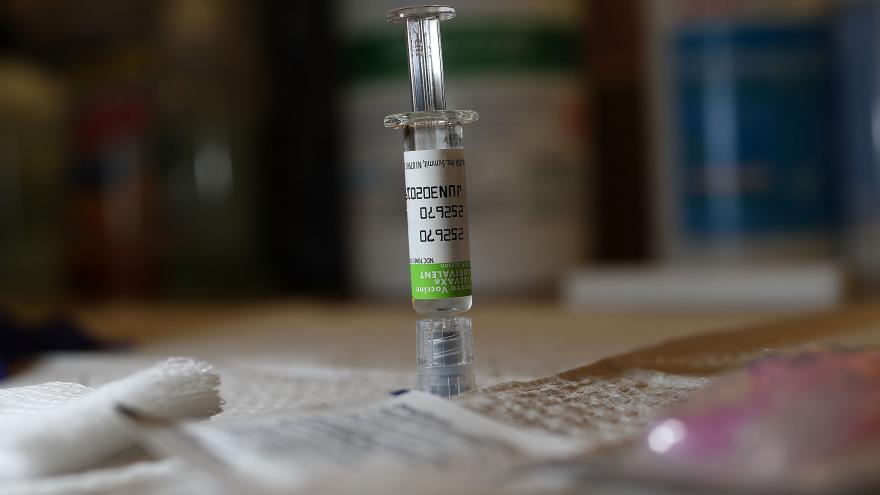 (CNN) -- Flu activity in the United States declined in the week ending January 11, according to new data from the US Centers for Disease Control and Prevention. It was the second consecutive week that saw a drop.

While it's still too soon to say definitively that the flu season is past its peak, the dips in the past two weeks were dramatic.

The virus still remains widespread in nearly every state, with high levels of activity in 32 states.

Despite the overall drop nationally, the latest data shows a strain of virus, influenza A, is increasing. As a result, Brammer said the US could potentially see a second wave of flu infections.

"The increase in A activity, we don't know what effect that is going to have. Influenza activity may go up again," she said. "This is something we're going to watch pretty carefully."

If the emerging virus does strike hard, the flu vaccine looks well matched to protect against it. That hasn't been the case with the majority of flu that's been out there so far this season, influenza B, which affects children more than adults and has been particularly tough on them. So far, 39 children in the United States have died from flu this season, 28 from the influenza B strain of the virus.

The CDC estimates that this flu season, which started on September 29, there have been at least 13 million cases of the flu in the US, 120,000 hospitalizations and 6,600 deaths.

The CDC says its still not too late to get a flu shot.

"I absolutely believe we still have plenty of flu season to come," Brammer said.