Floyd Mayweather will box YouTuber Logan Paul. Here's how you can watch 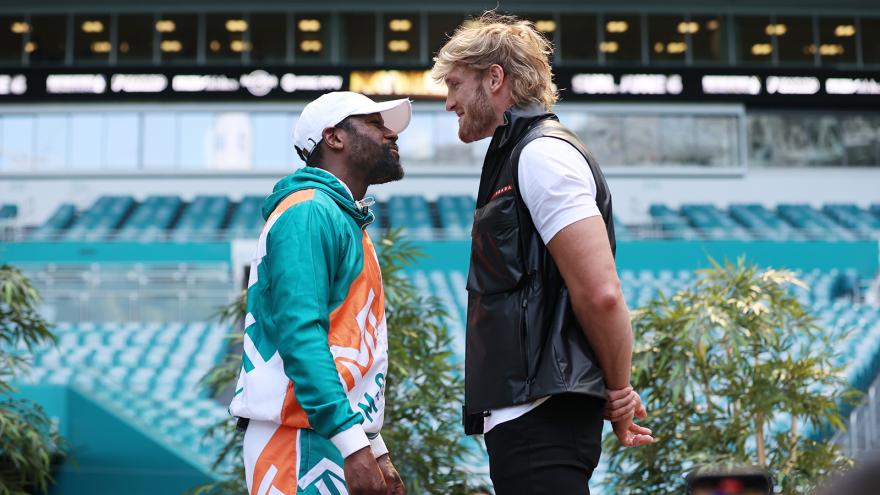 (CNN) -- Retired boxing champion Floyd Mayweather Jr. will return to the ring in a "super exhibition" against YouTuber Logan Paul at the Hard Rock Stadium in Miami, Florida.

The pay-per-view event, which includes four fights, is scheduled start Sunday, June 6 at 8 p.m. EST, according to the event's website. The event was originaly scheduled for February but was postponed due to the coronavirus pandemic.

The bout will be available on Showtime or Fanmio, with general tickets available for $49.99.

Twenty people will be chosen for a video meet with Mayweather and Paul. And five people will receive a signed boxing glove by both boxers.

"This whole thing is surreal. Everything about it. I told my manager and we kind of had an inside joke that until I get in the ring with him, I didn't think this fight was happening," Paul said in a press release. "But I think it's safe to say that I can believe it now. I think it's happening. It's fight week. I can't imagine Floyd would back out now, but who knows? Old man fakes an injury. Gets scared of the big kid. I'm excited."

Paul has fought before. He twice fought vlogger and rapper Olajide "KSI" Olatunji, with the first bout ending in a draw and a second with KSI's victory.

Mayweather, who was undefeated in his career with a 50-0 record, is considered one of boxing's all-time greats.

He announced in 2019 he was "coming out of retirement in 2020." He also said he was interested in facing Paul's brother, Jake Paul, sometime in the future.

"This year I will focus on several exhibitions," Mayweather said in February 2021. "If Jake Paul can get past his next opponent Ben Askren, I will have an exhibition with him as well."