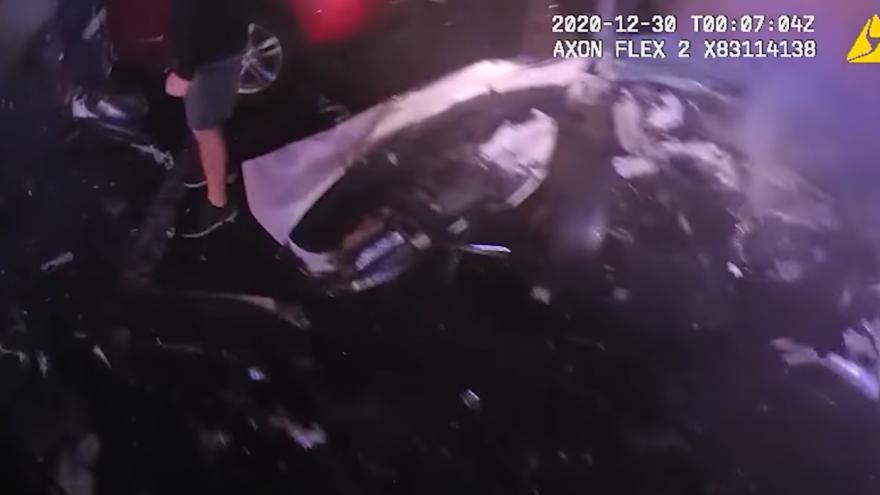 Authorities say two Wisconsin siblings are dead after being struck by a carjacking suspect driving the wrong way on a Florida interstate highway.

Law enforcement officials said the brother and sister were returning from a Christmas lights display Tuesday night when a suspected carjacker fleeing from police drove the wrong way onto Interstate 95 and collided head-on with their vehicle.

The suspect also died in the crash near Daytona Beach after fleeing police at speeds up to 120 mph. Police said the vehicle was stolen at gunpoint from an Orlando area pizza delivery driver.

A 21-year-old man from Omro, Wisconsin, and his 18-year-old sister were killed in the crash.