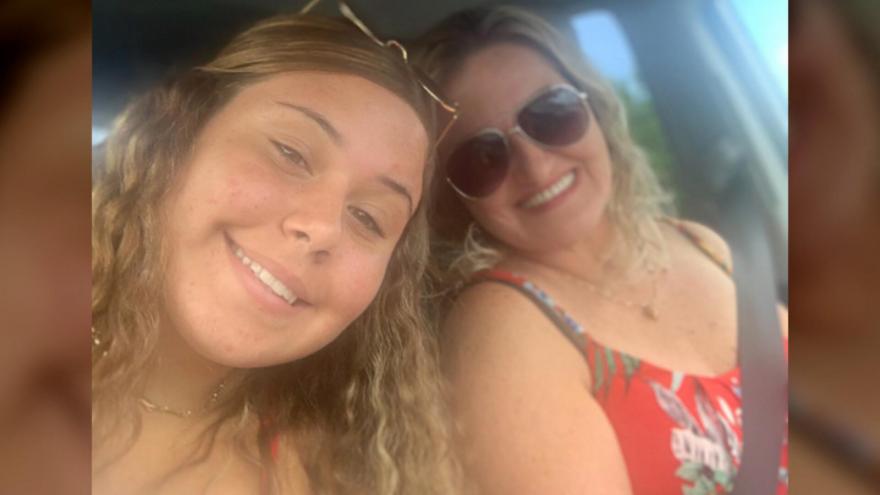 (CNN) -- It was just a few trips around a hospital bed but for Agnes Velasquez, seeing her 15-year-old daughter off a ventilator and able to walk a little brought tears to her eyes.

It was the first time Paulina had walked since she was hospitalized with Covid-19.

"It was my idea," Paulina said. "The physical therapist came and we used the walker and we walked around the bed like three times. I was happy."

Velasquez said the fear she had for the daughter's life has been replaced by joy and happiness. "I feel like a big rock just came off my chest," she said.

Velasquez said she didn't expect to see her child walk again so soon.

"I thought it's going take a little bit more time as she just recently came off of ventilator and out of a coma," she said.

Velasquez said the physical therapists came to her daughter's room Wednesday and asked her to walk. "And she did and she didn't want to stop. She wanted to walk and walk and there were just tears in my eyes."

Velasquez has been living in her daughter's ICU room at Broward Health Medical Center for weeks, praying she'd survive Covid-19.

Paulina's doctor, Dr. Venu Devabhaktuni, the medical director for Broward Health's pediatric ICU, said the teen was "kind of touch and go" while she was on a ventilator.

"Things could have gone bad quickly, but she recovered because she's one young, healthy child. That, I think that was in favor of her recovering," Devabhaktuni said.

Both Velasquez and her daughter said they encourage others, especially teenagers, to get vaccinated.

It was two weeks ago when CNN first spoke to Velasquez on a video call from the hospital room.

At the time, Paulina had been hospitalized for about 10 days.

Velasquez said she told her daughter every day to, "Fight for your life."

She said that when her daughter started feeling ill and couldn't breathe, the teen called on her mother asking for help.

Velasquez said she rushed to her daughter's aid without a mask, not thinking the deadly virus had already crept into her home. Days later, the worried mother tested positive despite being vaccinated against the virus.

"I most likely got it from her," said Velasquez, who only suffered minor symptoms.

The worried mother said then that her sons were in the process of getting vaccinated. Velasquez was helping coordinate their vaccines from her daughter's room, where she was spending every hour of the day with her daughter.