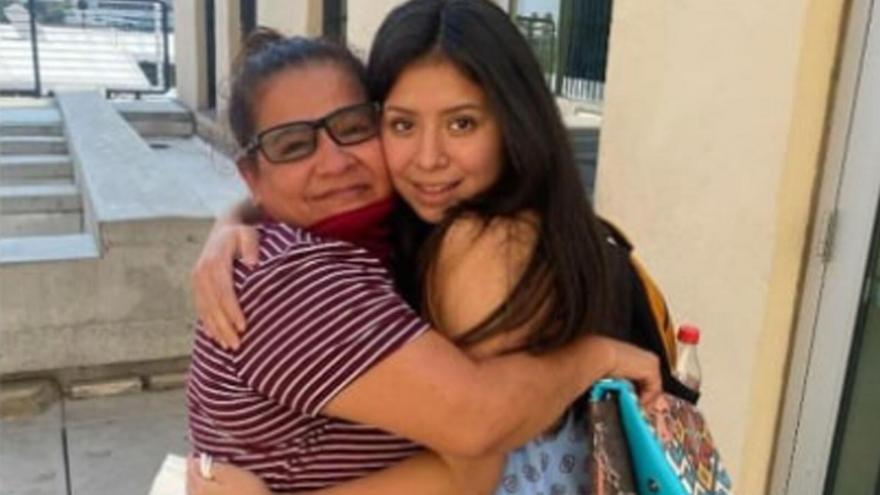 Angelica Vences-Salgado is reunited with her daughter, who was just six years old when she was abducted from her home in 2007.

(CNN) -- The Clermont Police Department in Florida announced Monday that a mother has been reunited with her daughter, who was just 6 years old when she was abducted from her home in 2007.

According to a news release, the Clermont Police Detective Division said it received a call on September 2 from Angelica Vences-Salgado, who told authorities she had been contacted by her daughter, Jacqueline Hernandez, on social media. Hernandez told her mother she was in Mexico and requested she meet her at The Point of Entry in Laredo, Texas, on September 10, police said.

CPD coordinated with state and federal agencies ahead of the reunion "to intercept the victim and to determine if the identity of the female was the victim in this case."

On September 10, authorities from Homeland Security Investigations, US Customs and Border Protection, and the Laredo Police Department intercepted the pair at the Laredo border.

"Based on the documentation provided to these agencies by Angelica and the Clermont Police Department, they determined that the female was indeed Jacqueline Hernandez who was abducted from her mother in 2007," the release says.

Hernandez, now 19, was then reunited with her mother.

CPD said this case was a "prime example" of what can happen when multiple agencies cooperate. Together, the teams "were able to create a force multiplier and aid in reuniting the victim with her mother after 14 years," CPD Chief Charles Broadway said in a release.