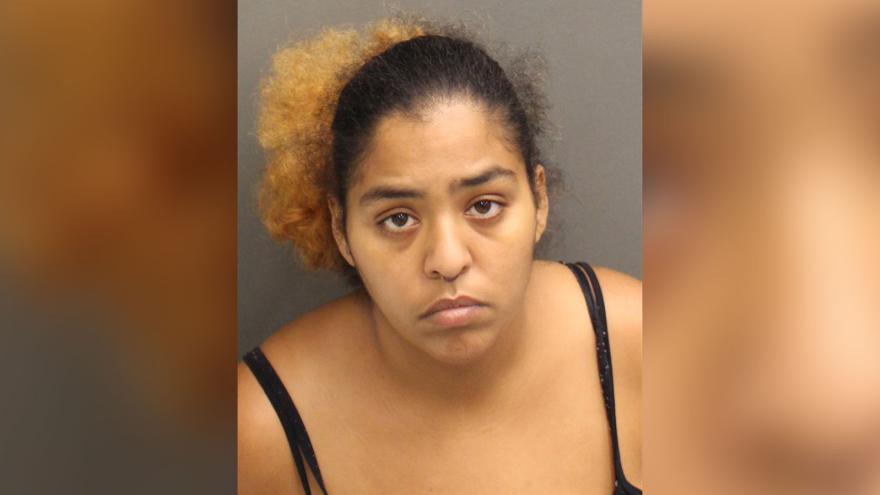 (CNN) -- A Florida mother of three has been charged with manslaughter after her 2-year-old son got hold of an unlocked handgun and fatally shot his father in their home, authorities said.

The investigation began May 26 when deputies responded to an Orlando home in reference to a 911 call about a man who had been shot, according to an affidavit for an arrest warrant from the Orange County Sheriff's Office.

Mabry was taken to a local hospital where he was pronounced dead. Three children, ages 5, 2 and an infant, were at the home but were not injured, Mina said.

Investigators initially thought the shooting was a suicide, but they learned at the hospital that Mabry had actually been shot in the back, Mina said.

Mabry had been playing a video game on his computer when Ayala heard a loud pop, she told police, according to the affidavit. The 5-year-old child told an investigator that his 2-year-old brother had shot their father, the document states.

Further, Ayala acknowledged that the firearm, a Glock handgun, was typically stored in a backpack that hung on a nail about three feet off the ground, the affidavit states.

Investigators determined that both Mabry and Ayala, who are both convicted felons, left an illegal firearm in a room where it was easily accessible to the children, Mina said.

"The gun was not properly stored," the sheriff said in a news conference Monday. "In fact, it was easily accessible even to a 2-year-old. And the result is a tragedy in this community ... that no one really can comprehend."

Ayala was convicted of felony grand theft in 2016 and was on probation with the Florida Department of Corrections, status that prohibited her from possessing a firearm, the affidavit states.

Florida is one of a number of states with so-called Child Access Prevention (CAP) laws that impose penalties on parents who do not safely store household guns out of the reach of minors. Strong CAP laws that impose criminal liability are associated with a significant reduction in the risk of pediatric firearm injuries, including self-inflicted and unintentional ones, according to a 2018 study in the Journal of Trauma and Acute Care Surgery.

Mina said the killing was a reminder for gun owners to secure their weapons away from children.

"Gun owners that do not properly secure their firearms are just one split-second away from one of these tragedies happening in their homes," he said. "Now these young children have effectively lost both of their parents.

"Their father is dead. Their mother is in jail. And a young child has to live their life knowing that he shot his father. These tragedies are 100% preventable."