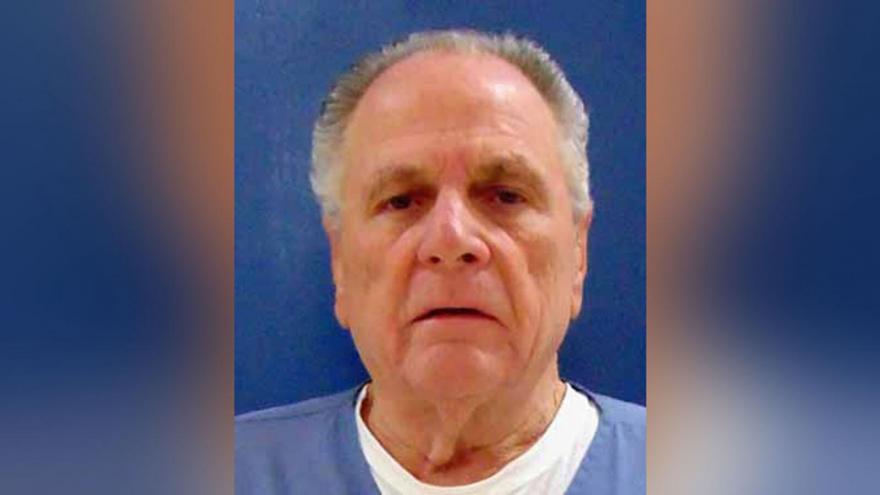 Richard DeLisi, now 71, has been incarcerated since 1989.

(CNN) -- A Florida man who has spent 31 years in prison for a nonviolent marijuana crime could soon be a free man.

Richard DeLisi has been incarcerated since 1989 when, at the age of 40, he was convicted on charges of racketeering, trafficking in cannabis and conspiracy after agreeing to help smuggle more than 100 pounds of marijuana from Colombia into Florida. He received a 90-year prison sentence.

His case has received legal support from the Last Prisoner Project, a nonprofit that advocates for ending prison sentences for cannabis offenses. With 31 years in prison, DeLisi is the country's longest-serving nonviolent cannabis prisoner, according to the group.

DeLisi, now 71, could be released from South Bay Correctional Facility as early as December 4, though the exact release day still depends on several factors, according to the Florida Department of Corrections press secretary Kayla McLaughlin.

"It feels amazingly wonderful to know that I will be home with my family and loved ones very soon," DeLisi said in a statement to Last Prisoner Project. "I am grateful to everyone who has been there and helped me along in these long years."

His impending release comes as the American public has increasingly approved decriminalizing and legalizing marijuana for medical and recreational use. Despite that growing acceptance, people like DeLisi remain incarcerated -- some for decades -- for nonviolent drug crimes.

The US has the highest incarceration rate of any country in the world, and 1 in 5 incarcerated people are behind bars for drug crimes, according to the Prison Policy Initiative.

America's system of mass incarceration is also a public health issue during the coronavirus pandemic. With inmates in crowded cells and unable to social distance, prisons have consistently been the site of some of the country's largest Covid-19 outbreaks, infecting inmates, staff and visitors and seeding new outbreaks in their local communities.

DeLisi's age and health problems -- he has asthma, chronic obstructive pulmonary disorder and diabetes -- make him a particularly high-risk inmate. The South Bay Correctional Facility where he is being held has had 421 prisoners and 87 staff members test positive for the virus, according to state data.

'Sick indictment of our nation'

According to a website set up for him, he made the agreement to transport the cannabis with an old smuggling friend who was secretly a government informant. DeLisi has not been accused of or convicted of a violent act.

DeLisi's wife, son and both parents died during his time incarcerated. He said he was looking forward to reuniting with his two living children and to holding his five grandchildren for the first time.

"If I could go back to 1988 I would tell my former self to put more value in the time I spend with my family. I have learned that money is something that comes and goes but family is forever. I will take that lesson home with me and I will make the most of every moment I have left on this earth with my wonderful family.

"I am so excited to hug my children and grandchildren. I have missed so many important moments with them and I can't wait to get out there and create precious memories with everyone. I am so thrilled that this dark chapter of my life is finally over."

His daughter Ashley hasn't spent a birthday with him since she was 3 years old. "I just want to hug my dad outside of prison," she said in a statement.

Chiara Juster, the lead attorney and a legal advisor for Last Prisoner Project, expressed disbelief that DeLisi was in prison for so long.

"We participated in decarcerating someone who couldn't deserve it more," she said, calling the lengthy sentence for a nonviolent offense "a sick indictment of our nation."