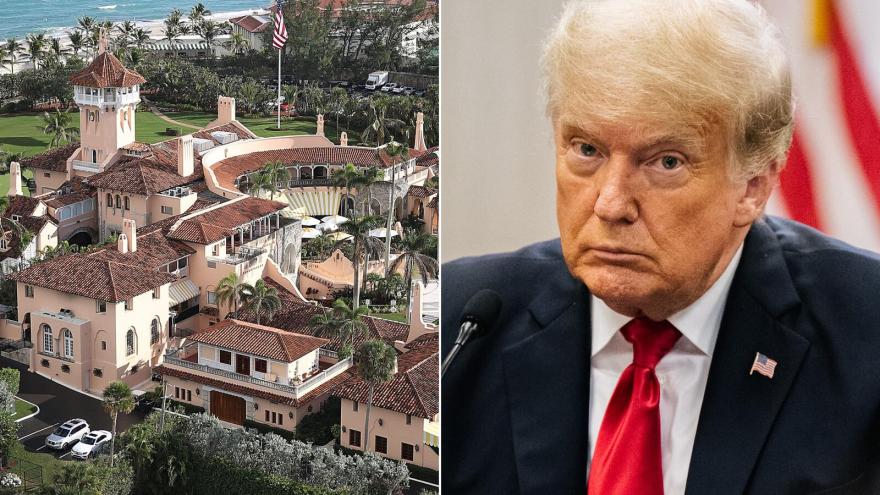 The federal magistrate judge who approved the Mar-a-Lago search warrant will hold a hearing on August 18 at the court in Florida to discuss requests to unseal investigators' probable cause affidavit, which the Justice Department has opposed releasing.

(CNN) -- The federal magistrate judge who approved the Mar-a-Lago search warrant will hold a hearing Thursday at the court in Florida to discuss requests to unseal investigators' probable cause affidavit, which the Justice Department has opposed releasing.

A federal judge on Friday unsealed the search warrant and property receipt from the FBI search of former President Donald Trump's resort in Palm Beach, Florida, a move the Justice Department backed, but on Monday, the DOJ said it opposed releasing the affidavit specifically in an effort to protect witnesses and keep grand jury proceedings confidential.

"Disclosure of the government's affidavit at this stage would also likely chill future cooperation by witnesses whose assistance may be sought as this investigation progresses, as well as in other high-profile investigations," the Justice Department wrote. "The fact that this investigation implicates highly classified materials further underscores the need to protect the integrity of the investigation and exacerbates the potential harm if information is disclosed to the public prematurely or improperly."

Media organizations, including CNN, had asked for the affidavit to be unsealed after the search last week at Trump's Palm Beach, Florida, club and residence.

The announcement of Thursday's hearing came hours before two people briefed on the matter said told CNN that the FBI interviewed former White House counsel Pat Cipollone and his former deputy Patrick Philbin earlier this year as part of the investigation into federal records taken to Trump's Palm Beach home.

The two are the most senior former Trump officials interviewed in what is now a criminal investigation of possible mishandling of classified information and obstruction. The pair are among a group of former Trump aides whom the FBI interviewed after the criminal probe got underway this spring, the people briefed on the matter said.

The DOJ said details in the affidavit that lay out the argument that investigators made to Federal Magistrate Judge Bruce Reinhart explaining the probable cause it had to search Trump's Mar-a-Lago estate last week. The search, documents show, was an evidence-gathering step in a national security investigation about presidential records at Mar-a-Lago. Trump owns the sprawling estate, and it is his primary residence as well as a members-only club and resort.

The FBI recovered 11 sets of classified documents from its search, including some materials marked as "top secret/SCI" -- one of the highest levels of classification, according to documents from the search warrant that were released Friday.

The FBI returned three passports to Trump's lawyers after they were inadvertently seized in last week's search. The FBI said Monday night in response to questions about the passports that it follows set procedures authorized by the courts and returns items not needed for law enforcement purposes.

The statement came after comments from Trump on his social media platform saying that the FBI "stole" three of his passports during the search of at his Mar-a-Lago property.

Trump's social media post came hours after the Justice Department notified his attorneys that an FBI team had seized the passports and that they were being returned, according to an email posted on social media by a Trump spokesman.

"In executing search warrants, the FBI follows search and seizure procedures ordered by courts, then returns items that do not need to be retained for law enforcement purposes," the FBI said in a statement.

During an appearance on Fox on Monday night, Trump's attorney Lindsey Halligan just said that investigators already gave the passports back. "They gave them to his attorneys today, so he'll have them soon," Halligan said to Fox's Sean Hannity.

The DOJ's filter team -- which works to sort out confidential attorney-client communications and other highly personally private information from evidence during an investigation -- had collected two expired passports and Trump's active diplomatic passport during the search, according to an email Trump spokesman Taylor Budowich made public Monday night. Trump's legal team had received that email from the top prosecutor on the investigation.

The communication makes clear the passport seizure was a standard part of the search that was resolved quickly, and not a punitive step taken by the Justice Department.

CORRECTION: This story has been updated to correct the first name of Trump's spokesman.