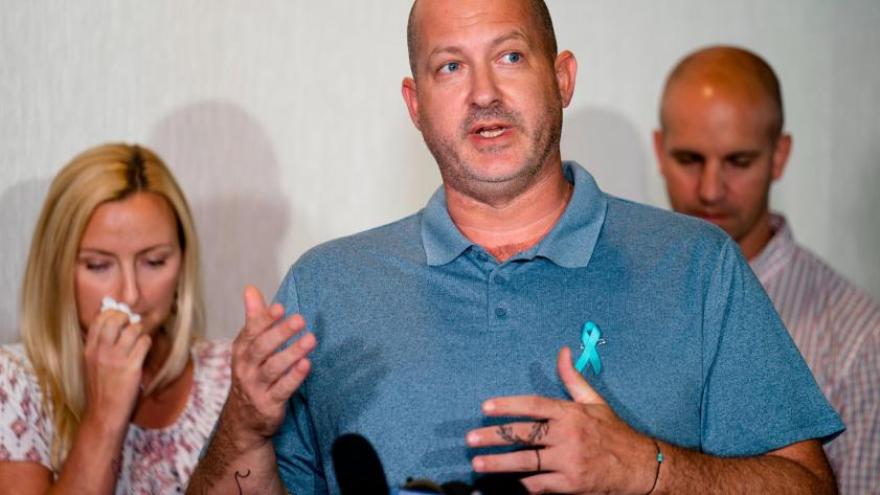 Gabby, whose disappearance last summer gripped the nation, was found dead in Wyoming after embarking on a cross-country trip with Brian, who was her fiancé. A coroner ruled she died by strangulation.

After returning to the couple's Florida home alone, Brian left again roughly two weeks later and disappeared, sparking a weekslong search for him in a vast Florida nature reserve.

The police, as well as Petito's parents, who begged for help at a news conference, sought information from him and his parents, but were referred to a lawyer.

Brian was ultimately found dead. A medical examiner ruled he died by suicide. Nearby, authorities found a notebook in which he claimed responsibility for Petito's death, the FBI says.

In Thursday's order, Carroll wrote that most of the complaints from Petito's parents "[involve] the Laundries failing to act," such as not telling them where Gabby was or that she was dead.

Carroll wrote if the case was about the Laundries remaining silent and they had done so, he would have ruled for the Laundries -- but they were not silent.

They released a statement through their attorney on September 14, 2021, reading, "On behalf of the Laundrie family it is our hope that the search for Miss Petito is successful and that Miss Petito is reunited with her family."

"For purposes of the motion to dismiss, the Court must assume the Laundries are responsible for authoring the September 14, 2021 statement issued by their attorney," Carroll said.

"The Laundries contend that their statement is not outrageous as a matter of law," the judge's statement continued. "At oral argument they suggested it merely was a plain statement. Plaintiffs, in contrast, countered during oral argument the statement knowingly was false, designed to create false hope, and issued by the Laundries who knew Gabby was dead and where her body was located."

The judge wrote that the statement alone was not outrageous, but that threshold was surpassed "when juxtaposed with the other conduct in the case."

Petito's parents claim the Laundries made the statement knowing Gabby was no longer alive, knowing where her body was located and knowing that her parents were "frantically looking for her," according to their amended complaint.

"If this is true, then the Laundries' statement was particularly callous and cruel, and it is sufficiently outrageous to state claims for intentional infliction of emotional distress," Carroll wrote in the order.

"Because the Laundries' statement by their attorney in the context of the unique facts of this case is objectively outrageous, the Court concludes that Plaintiffs have stated causes of action for intentional infliction of emotional distress against the Laundries. The Court denies the Laundries' motion to dismiss," the judge wrote.

In response to the judge's ruling, Steven Bertolino, an attorney for Laundrie's parents, said in a statement, "Chris and Roberta Laundrie, and myself, are disappointed with Judge Carroll's decision to deny the motion and allow this lawsuit to proceed."

"Judge Carroll points out that the September 14, 2021 statement, standing alone, does not suggest outrage, but within the context of the other allegations in the case, the plaintiffs have met the threshold to go forward to the next phase. The Laundries will continue to use all available legal means to preserve their rights," the statement continued.

Patrick Reilly, the attorney for Petito's parents, emailed a statement to CNN saying Gabby's parents "are appreciative of the thorough and well-reasoned decision of Judge Hunter W Carroll."

"Joe and Nichole look forward to discovering the information the Laundries knew about Gabby's death and her whereabouts, and in particular getting a copy of any correspondence, emails and texts exchanged during the difficult period when Gabby's whereabouts were unknown," Reilly said.

"They look forward to going to trial and are confident that ultimately the Laundries will be held accountable. At this time, Joe and Nichole do not wish to discuss this matter publicly and ask that you respect their privacy," the statement read.