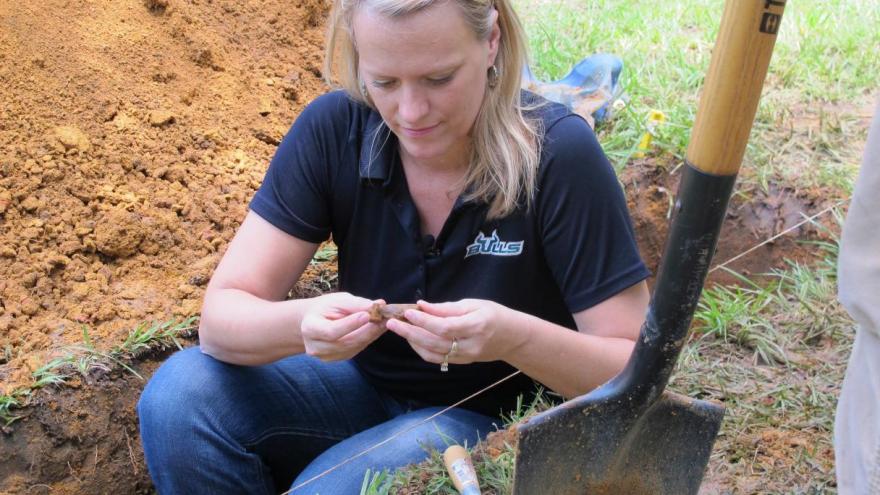 Dr. Erin Kimmerle is part of the scientific investigation team looking into who is buried at the grave site. She says it is a humanitarian effort to identify and remember those who died.

Last week, Florida Gov. Ron DeSantis wrote that "anomalies consistent with possible graves," were discovered at a site near the defunct Marianna, Florida, school during a recent ground pollution cleanup.

University of South Florida Anthropology Professor Dr. Erin Kimmerle told CNN that a company conducting "ground penetrating radar" (GPR) tests on the grounds reported discovering 27 anomalies in a wooded area about 500 yards north of the area where her team found the remains of 51 boys in 2013.

Kimmerle said the area is near where an old working farm on the school grounds used to be.

Nearly 100 children died while at the school, according to state and school records, many as a result of a tragic dormitory fire in 1914 and a deadly flu epidemic in 1918. But the circumstances surrounding other deaths have remained a mystery and it has long been unclear who is buried where.

It's too early to tell if the most recent discovery is a gravesite, Kimmerle said, and there will be more testing -- including "ground truth" testing -- as needed. "Ground truth" testing includes tedious digging of trenches and test pits to see what exactly is in the ground there and confirm what is possibly seen on the GPR tests.

"I think it needs to be ground-truthed and checked out further," Kimmerle says. "Given the historical sensitivity, this needs to be done and put to rest."

The state has confirmed that the school grounds contained a burial site for unknown students.

In 2008, Gov. Charlie Crist ordered an investigation after a group of men known as "the White House Boys" came forward with stories of beatings inside a small, white building on the property. The men shared stories of being beaten unconscious, or whipped until their underwear was embedded in their buttocks.

A state investigation concluding a year later found insufficient evidence of abuse at Dozier and determined there was no criminal activity or abusive treatment connected to any of the deaths. Former students continued speaking out with stories of abusive administrators, beatings, killings and the disappearances of other students.

Former school administrator Troy Tidwell said in a 2009 deposition "spankings" took place but no one was ever beaten or killed.