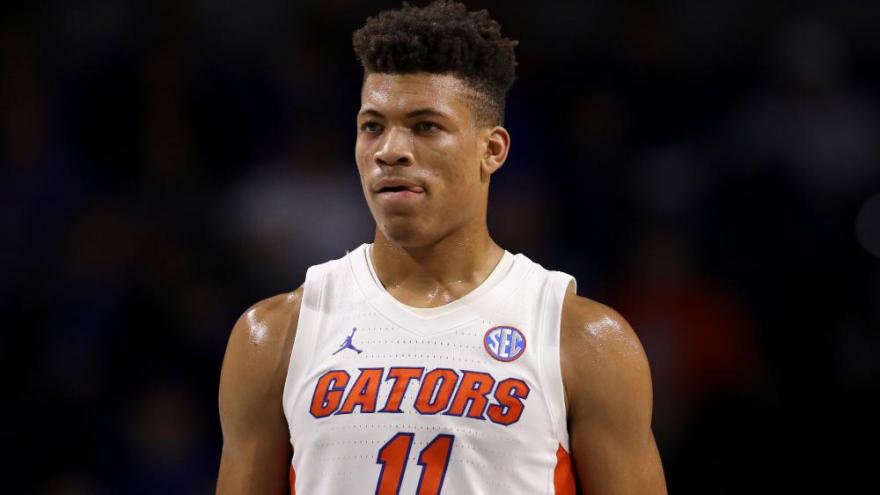 (CNN) -- University of Florida basketball star Keyontae Johnson was in critical but stable condition Sunday after collapsing on the court during a game, the school said.

Johnson was walking onto the court after a timeout early in the Saturday game against the Florida State Seminoles when he collapsed, according to the ESPNU broadcasters. He was taken off the floor on a stretcher.

A group of visibly shaken teammates and coach Mike White huddled in prayer before play resumed.

"Our thoughts are with Key. Love you, man," Florida Gators men's basketball tweeted.

White and associate athletic director Dave Werner will remain in Tallahassee with Johnson.

"Keyontae received terrific care on site by the FSU staff and at Tallahassee Memorial, which has worked in consultation with UF Health," athletic director Scott Stricklin said in a statement. "We're glad his parents can be by his side, and they all feel the support of Gator Nation."

The team's leading scorer and rebounder, Johnson is averaging 19.7 points and 6 rebounds per game. He had 5 points before collapsing.

Johnson was the Southeastern Conference preseason player of the year.