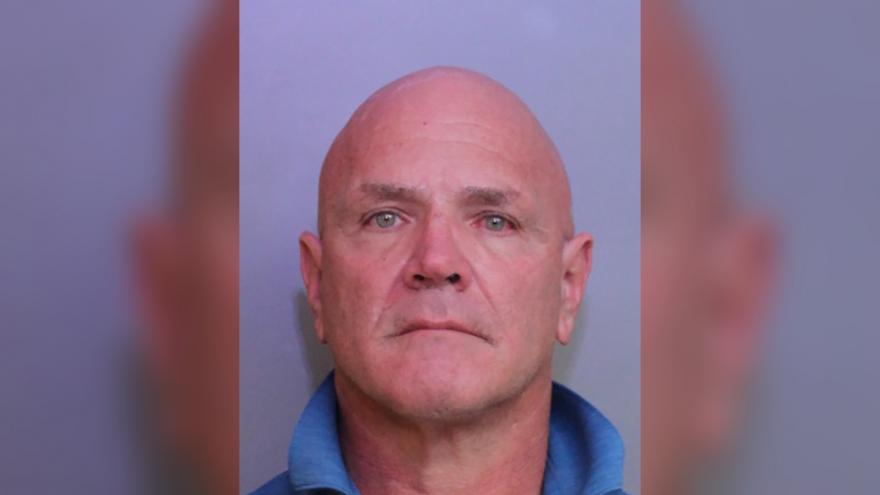 (CNN) -- A Florida firefighter turned himself in to authorities in connection with the alleged theft of Covid-19 vaccine meant for coworkers.

Anthony Damiano, a captain with Polk County Fire Rescue, allegedly took three syringes containing doses of Moderna's vaccine, with the intent to give doses to his elderly mother, according to an arrest affidavit.

Damiano surrendered on Wednesday afternoon, according to the affidavit.

He has been charged with petit theft and causing another person to falsify official records as a public servant. He has been released on bond from the Polk County Jail, according to inmate records.

Damiano is the second person arrested in this case. Earlier this week, paramedic Joshua Colon was arrested for his alleged role in falsifying vaccine screening and consent forms that officials say "set up the circumstance" that led to the theft.

Colon, who was named the local paramedic of the year in 2020, was given vials of the vaccine on January 6 to administer to firefighters, authorities said.

According to the affidavit, Colon told investigators that Damiano "joked with him" about getting some doses for his mother, telling the paramedic that he could report them as "waste."

Colon says when he refused to give him the vaccine, Damiano threatened to "tell his supervisors that Colon is selling vaccines outside of work," according to the sheriff's affidavit.

"Colon stated he became frightened due to Captain Damiano's rank in the agency," according to the affidavit.

Damiano ordered Colon to take a break, and when he returned to the station, three vaccine doses were missing from the refrigerator where it was stored, according to Colon's statement to investigators.

Colon then "made up the stories and the false documents" to account for the missing doses, Polk County Sheriff Grady Judd said at a news conference Tuesday.

Colon's attorney, David R. Carmichael, told CNN in a statement that Colon "encountered a very difficult situation when a supervisor demanded Mr. Colon provide unauthorized doses of Covid vaccine for use by the supervisor's family."

Colon "deeply regrets his weakness in failing to alert the chain of command to the theft of the vaccine," Carmichael said.

Two of the doses were later found in Damiano's car, according to the affidavit. They were no longer viable, according to Polk County Fire Rescue Chief Robert Weech.

Damiano's mother told investigators that her son had been trying to help her get vaccinated, according to the affidavit. She said she did not get the vaccine, and believed he "was attempting to help her obtain the vaccine legally."

Damiano resigned from the Polk County Fire Rescue prior to surrendering to authorities, according to Chris Jonckheer, spokesperson for the department.