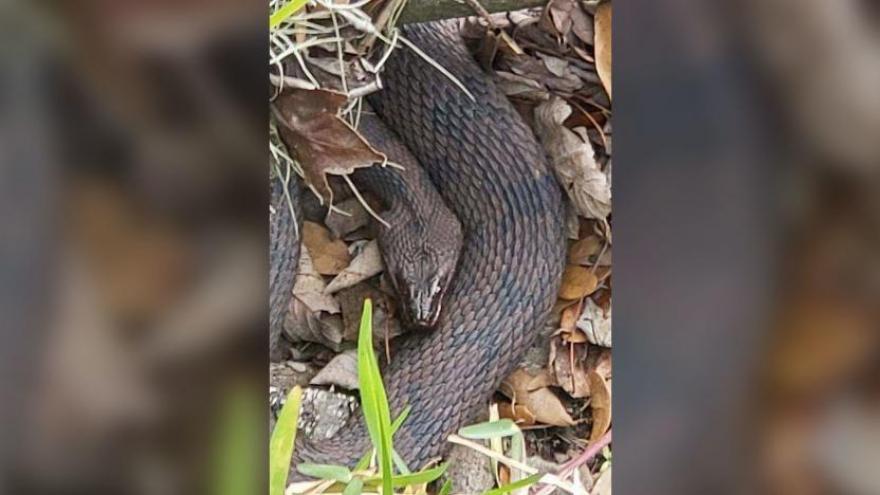 A group of Florida water snakes shut down an area of a park near Lake Hollingsworth in central Florida because of their mating activities.

(CNN) -- Things got quite sssspicy near Lake Hollingsworth in Lakeland, Florida, this week.

After residents began reporting snake sightings to the Lakeland Parks and Recreation Department, the department and the city's Public Works Department began investigating.

"It appears they have congregated for mating," the department said in a Facebook post. "They are non-venomous and generally not aggressive as long as people do not disturb them."

Once mating season is over, the department said the snakes should go their separate ways.

"They are an important part of the ecosystem and should not be disturbed," the department said, adding that these love gatherings are an annual occurrence.

Florida water snakes are a native species whose habitats include aquatic environments. They are generally found resting in tree limbs over water or basking on shorelines, the department said.