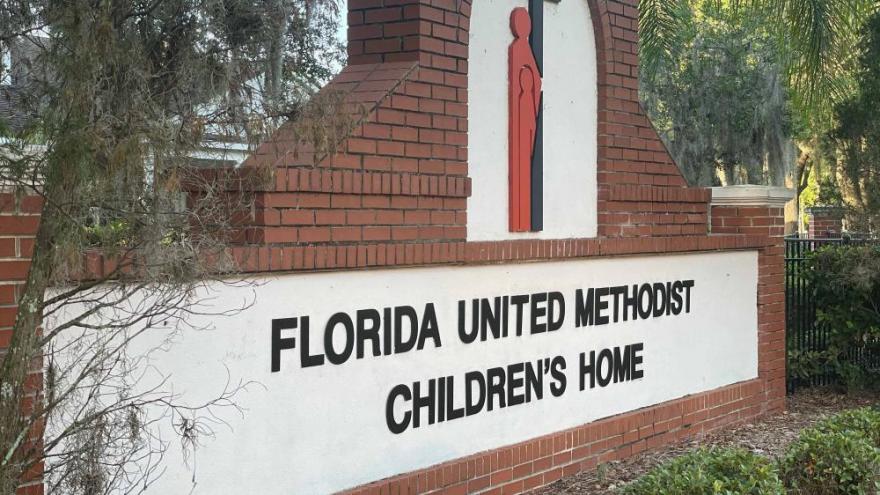 A central Florida children's group home says it is pausing its emergency shelter program after two children staying there allegedly broke into a nearby home and shot at responding deputies.

(CNN) -- A central Florida children's group home says it is suspending its emergency shelter program after two children staying there allegedly broke into a nearby home and shot at responding deputies.

The 14-year-old girl and 12-year-old boy ran away from the Florida United Methodist Children's Home (FUMCH) in Volusia County on Tuesday, broke into a farm home less than 2 miles away, found guns inside, and used them to open fire on deputies investigating the break-in, the county sheriff's office said.

The CEO of the children's home said Wednesday that because of this incident it would stop providing its emergency shelter program "until such time if/when that we feel that we can do so in a safe manner for the children coming into care and simultaneously protect our staff."

"At this juncture, the level of children who are being sent to us through emergency shelter care at times is beyond the scope of our capabilities to provide the care required and limits who we can serve as part of our mission," FUMCH CEO Kitwana McTyer said in a news release.

FUMCH, which provides or facilitates other services such as foster care and an independent living program for older adolescents, said it had three children in its emergency shelter program Wednesday.

Those children "remain in our care while our lead agency is seeking alternative care for them," the group home's spokesman Mark Cobia said Thursday.

"This situation is tragic and is the result of the system failing our children," McTyer said. "These children are in desperate need of care in the appropriate setting, which is a higher level of care than we provide."

Documents released by the Volusia County Sheriff's Department show both children had been taken to mental health facilities under Florida's Baker Act several times prior to the incident.

The 14-year-old girl has been taken to facilities for mental evaluation under the Baker Act at least nine times since she was 11 years old for incidents including fighting at home with her mother and siblings, threatening to harm herself, and running away from home several times, according to documents reviewed by CNN.

In one of the reports, from when she was 11, a deputy noted, "there was a substantial likelihood that without care or treatment...(she) would cause serious bodily harm to herself and/or others in the near future, as evidenced by recent behavior."

In each of the three reports released by the sheriff's office, the 12-year-old boy was taken into custody and transported to a mental health facility under the Baker Act. All date to when he was 7 years old.

The boy made a first, virtual court appearance on the charges Thursday. A judge found probable cause for both charges and ordered him held in a secured detention facility for 21 days or until the next court order, the Volusia County clerk's office said.

Children broke into home and then opened fire, authorities say

The sheriff's office on Wednesday released over nine minutes of edited video from the standoff between the deputies and the juveniles at the farm home -- footage from body cameras and a helicopter looking down at the scene.

"Don't make me do this. Don't do this," a law enforcement officer, taking cover behind a tree and aiming a gun toward the house, whispers at one point in the footage.

A string of steps leading to the encounter began Tuesday afternoon, when the boy and the girl were reported to have run away from FUMCH, located in Enterprise, roughly 30 miles north of Orlando, the sheriff's office said. The children evaded police for hours.

Around 7:30 p.m., a passerby told deputies he heard glass breaking at a farm home in Deltona, about a mile and a half east of the group home.

Deputies checked and discovered someone had forced entry into the home, according to the sheriff's office.

Deputies contacted the homeowner, who said that nobody should be home and that a handgun, a pump shotgun and an AK-47 were inside, as well as a large amount of ammunition, the sheriff's office said.

As deputies surrounded the home and tried to establish a rapport with the boy and girl, they were met with gunfire, the sheriff said. The sheriff's office said the children fired at deputies on four separate occasions over about 35 minutes, and deputies hid behind trees amid waves of shooting.

Officers took multiple rounds of gunfire before "they were left with no other choice but to return fire," Sheriff Mike Chitwood said this week.

"We try to deescalate, we throw a cell phone into the house to try to talk to them," Chitwood said.

"The 14-year-old comes out of the garage with a pump shotgun, levels it at deputies, and despite warnings to drop it, she walks back into the garage. She comes back a second time, and that's when deputies open fire," Chitwood said.

After the girl was shot, the boy, who had been armed with an AK-47, surrendered to deputies, according to the sheriff's office.

At least eight deputies were involved in the incident, the sheriff's office said.

At a news conference on Tuesday night, Chitwood praised his officers for their restraint.

"Deputies did everything they could tonight to de-escalate, and they almost lost their lives to a 12-year-old and a 14-year-old," he said. "If it wasn't for their training and their supervision ... somebody would have ended up dead."

The charging affidavits include details from an interview with the boy in which he admits to shooting repeatedly at officers using a handgun, a shotgun and an AK-47 that they had taken from the home. He told investigators that they saw deputies outside the home, at which point the girl said, "I'm gonna roll this down like GTA," referring to the video game "Grand Theft Auto," according to the affidavits.

The boy "told detectives he knew they were cops when he shot them because he wanted to harm them. There are the words of a 12-year-old," Chitwood said at a news briefing.

The Florida Department of Law Enforcement is investigating the officers' use of force at the request of the Volusia County Sheriff's Office, according to FDLE spokeswoman Gretl Plessinger.

The FDLE will examine the facts of what happened, develop a time line and then provide information to the state attorney, who will make a determination about whether the use of force was justified, she said.

Chitwood on Wednesday denounced the Florida Department of Juvenile Justice in particularly harsh terms, calling the department a "failure" and a "fraud."

The boy has been in foster care since at least 2017, according to the sheriff. He does not have a prior criminal history, but made two threats in school this year, once threatening to throw a brick at an administrator, and five days later threatening to kill a student and "spread his guts all over the bleachers," Chitwood said.

The sheriff said on Tuesday that the girl had burned down a home in April, but on Wednesday, he corrected himself, saying the girl had set fires in a wooded lot that came close to burning homes.

After the girl was charged with setting the fires, "DJJ, who's the gatekeeper, decides that arson isn't a violent crime," Chitwood said at Wednesday's news conference. "So they're going to return her back to her mother. Well, her mother obviously can't control her, so they placed her into foster care."

In her news release, McTyer, the FUMCH leader, noted "the gaps in the system that result in the lack of adequate or appropriate placement for children who should at times be in the care of the Department of Juvenile Justice (DJJ)."

The girl ran away from foster care several times before being sent to FUMCH on May 30, "and then we all know what happened on June 1," Chitwood said Wednesday.

On Thursday, Chitwood said certain children, such as violent ones, "need to be in a secure facility, and some of them ... need to be under constant supervision and getting constant treatment."

"They're putting kids that are extremely violent into this low-level homes, and that's where the issue becomes," he told CNN Thursday morning.

The sheriff also has criticized FUMCH: The sheriff's office said it handled close to 300 calls at the FUMCH in 2020.

McTyer said it is required by law to contact law enforcement if a child leaves the property, so many of the 300 calls to the sheriff's office in 2020 were not emergencies.

The Department of Juvenile Justice told CNN in a statement that FUMCH "is not a DJJ program."

"The events that unfolded (Tuesday) night in Volusia County are tragic, and the Florida Department of Juvenile Justice (DJJ) is thankful that there were no casualties as a result of this incident," the DJJ said.

"As an agency, we serve alongside the various partners that make up Florida's juvenile justice system, including law enforcement, the courts, state attorneys, and community providers to hold youth accountable for their actions," the department's statement reads. "DJJ does not tolerate violence that jeopardizes the public safety of our communities."