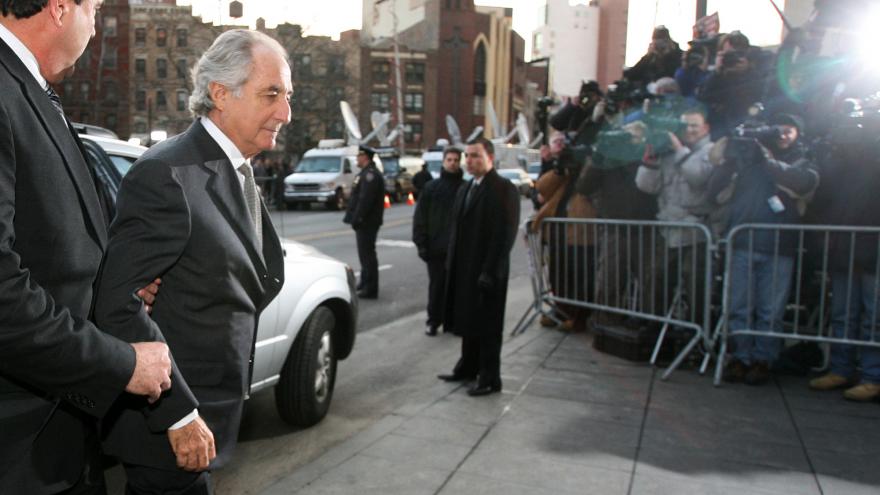 (CNN) -- Editor's note: This story was originally published on December 11, 2013, and has been updated with Madoff's death.

Bernard Madoff, the man behind the most notorious Ponzi scheme in history, died while serving a 150-year sentence in Federal Prison at age 82.

He was arrested on Dec. 11, 2008 for bilking thousands of investors out of billions of dollars. He pleaded guilty three months later to charges of fraud, and was sentenced to 150 years in federal prison.

He was serving his term at the medium security Butner Federal Correctional Complex in North Carolina and was slated for release on Nov. 14, 2139.

The Madoff scandal has made headlines for years, but there is still a lot that people don't know about the biggest Ponzi scheme in history.

1. Only a fraction of Madoff's thousands of victims have gotten all of their money back.

Irving Picard, the court-appointed trustee in the Madoff case, has recovered more than $9.5 billion of the $20 billion in stolen assets.

About half of that -- nearly $4.9 billion -- has been distributed to Madoff victims. In addition, the Securities Investor Protection Corporation has provided $800 million in insurance to victims.

Swindled investors have filed 16,519 claims to Picard. So far, 1,107 have been fully reimbursed. Another 1,410 accounts are eligible for compensation and have been partially reimbursed.

The majority of the claims - nearly 11,000 - were rejected because they were from "third party" investors: They had invested with other financial firms that in turn invested with Madoff. But the third party investors will end up with some relief too. Last month, the Department of Justice set up a $2.35 billion fund for them.

2. Even now, nobody knows when Madoff's scheme started.

No one has been able to prove when Madoff began stealing from investors. Madoff himself has made contradictory claims about when the crime began. He told CNN Business in an interview earlier this year that it all started in 1987, but he later said the scheme began in 1992. Some reports say Madoff's epic crime may have started as early as the 1960s, when he began working on Wall Street.

Madoff's former account manager, Frank DiPascali, Jr., said in court testimony that financial misdeeds had been going on "for as long as I remember." He started working at the firm in 1975.

His Ponzi scheme is often referred to as a $65 billion crime. In fact, he actually stole $20 billion in principal funds that were invested with him. However, his firm generated account statements telling investors that they earned returns making them worth a total of $65 billion. So as far as the people who'd entrusted their life savings with Madoff were concerned, they really did lose $65 billion. It's just that two-thirds of that money was a figment of Bernie's imagination.

4. Lawyers have pocketed about $800 million cleaning up Madoff's mess.

Picard and his firm are tasked with tracking down Madoff's stolen assets and redistributing them to his victims. This is a massive, international undertaking, much of which has been outsourced to other law firms. About $823.6 million in fees and expenses have been paid out to attorneys since Madoff's 2008 arrest. The lion's share -- $468.1 million -- went to BakerHostetler.

5. Life in prison isn't so bad, said Madoff. But he still can't sleep.

In an interview with CNN Business in May 2013, the 75-year-old fraudster said that he had a job making $40 a month wiping down phones and computers for a "few hours a day." He believes he's well-respected by his fellow prisoners and said he spends much of his time reading newspapers and novels.

"I was responsible for my son Mark's death and that's very, very difficult," he said. "I live with that."