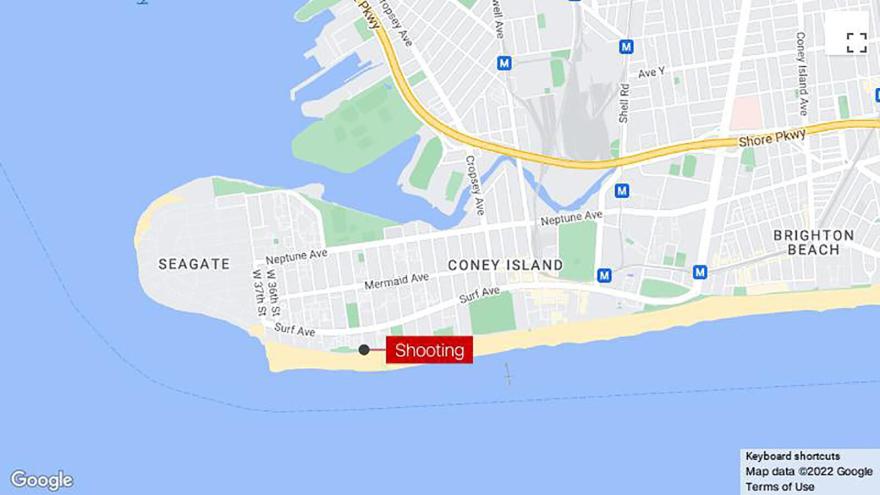 (CNN) -- Police are searching for at least one gunman after a shooting at the Coney Island boardwalk in New York City killed one man and injured four others Saturday night.

According to a news release by the New York Police Department, officers responded to a call of multiple people shot just before midnight at Riegelmann Boardwalk and West 29th Street in Brooklyn, where a suspect had opened fire.

Five people were struck, the news release said, including a 42-year-old man who was shot in the back and later died at a hospital.

A police spokesperson confirmed to CNN that authorities are looking for one individual. Police have not provided a description of the shooter and have not said what type of weapon was used or what led to the shooting.

This is at least the second shooting at Coney Island in as many months. Five people were injured in another shooting last month.