Five people shot overnight, one fatally, during robbery in the Hollywood Hills 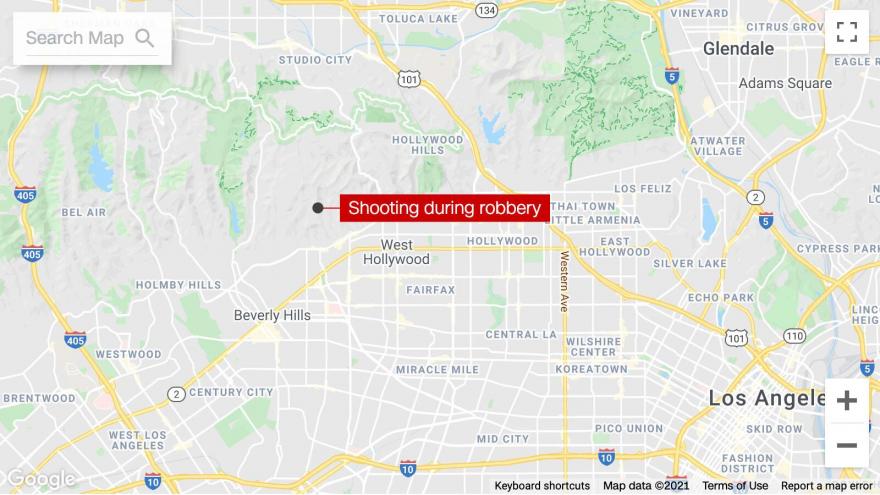 Five people shot overnight, one fatally, during robbery in the Hollywood Hills.

Around 2 a.m., three men in their 20s attempted to rob two men in front of a residence on Blue Jay Way, police said in a statement. The tony area, which is nestled above the LA's bright lights, features multimillion-dollar homes and uninterrupted city views.

"Two suspects exited their vehicle armed with handguns and wearing ski masks," the police statement said. "A third suspect remained in the vehicle. The suspects forced two victims onto the ground at gunpoint where they removed their property (watches and jewelry). During the robbery, an armed security guard exchanged gunfire with the armed suspects."

The suspects fled. Police stopped them about two miles away near the LA border with Beverly Hills in the area of Santa Monica Boulevard and Doheny Drive.

The guard was in a local hospital in critical condition while the other two victims were in stable condition.