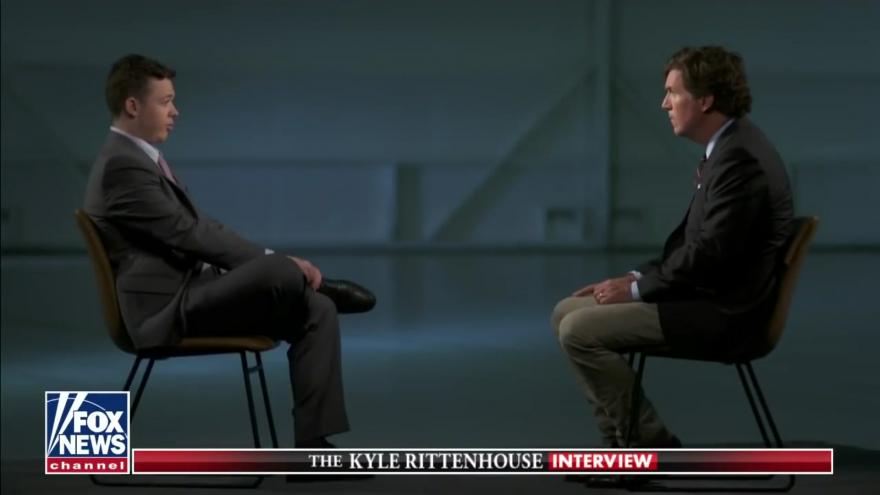 NEW YORK (AP) — Just over 5 million viewers tuned in to see Fox opinion host Tucker Carlson talk to Kyle Rittenhouse, who was acquitted of murder last Friday in a Wisconsin case that had the nation talking about guns and self-defense.

It was Carlson's biggest audience since the night of the Jan. 6 riot at the U.S. Capitol.

Rittenhouse's acquittal was celebrated by many at Fox News, and Carlson had the first media opportunity to talk with him because of the support shown to the 18-year-old gunman.

ABC News' Diane Sawyer had strong ratings for her interview last Friday with members of a California family who had been held captive by their parents.