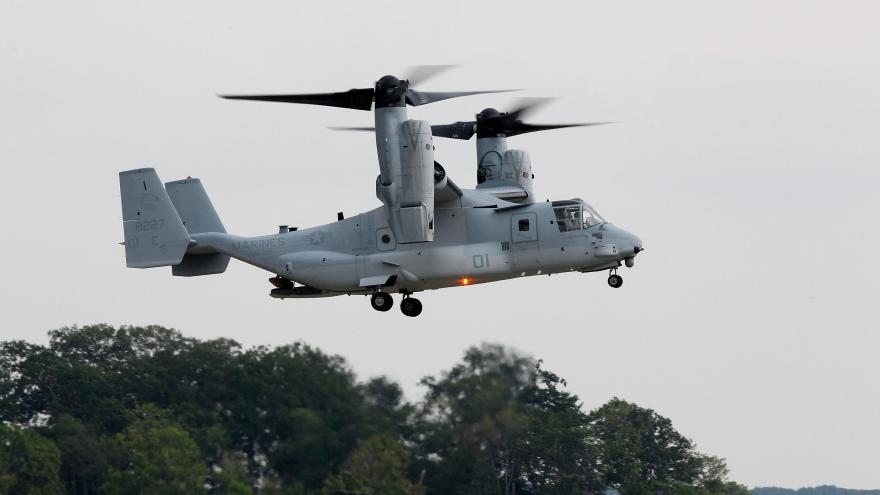 (CNN) -- Five US Marines died after a military aircraft crashed during a training mission Wednesday near Glamis, California, the US Marine Corps said in a statement Thursday.

Equipment recovery efforts "have begun" and an investigation into the crash involving a MV-22B Osprey is "underway."

"We mourn the loss of our Marines in this tragic mishap. Our hearts go out to their families and friends as they cope with this tragedy," Maj. Gen. Bradford J. Gering, commanding general of 3rd Marine Aircraft Wing, said in the statement.

"It is with heavy hearts that we mourn the loss of five Marines from the Purple Fox family" Lt. Col. John C. Miller, Commanding Officer of Marine Medium Tiltrotor (VMM) Squadron 364, said in a statement.

"This is an extremely difficult time for VMM-364 and it is hard to express the impact that this loss has had on our squadron and its families. Our primary mission now is taking care of the family members of our fallen Marines," he added.

In March, four US service members were killed when the MV-22B Osprey aircraft they were traveling in crashed during NATO training exercises in Norway.