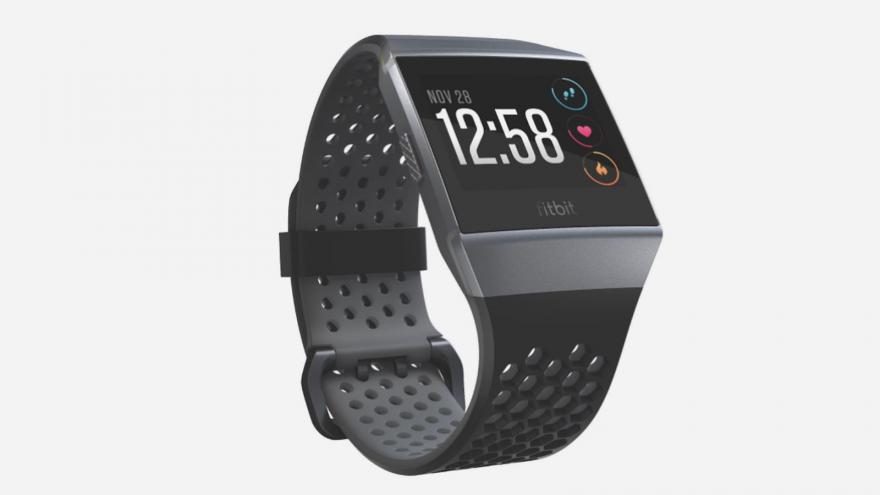 The voluntary recall exclusively involves Fitbit Ionic smartwatch models, which contain a lithium-ion battery that can potentially overheat and pose a burn hazard to consumers, according to the CPSC. The agency said the recall impacts one million devices sold in the United States and an additional 693,000 that were sold internationally.

Fitbit has received at least 174 reports globally of the battery in the watch overheating, according to the CPSC, with 78 reports of burn injuries in the United States, including two reports of third-degree burns and four reports of second-degree burns.

Andrea Holing, a spokesperson for Google-owned Fitbit, confirmed the recall in a statement to CNN Business and said the number of injury reports represented less than 0.01% of units sold.

"Customer safety is always Fitbit's top priority and out of an abundance of caution, we are conducting a voluntary recall of Fitbit Ionic smartwatches," Holing said in the statement."These incidents are very rare and this voluntary recall does not impact other Fitbit smartwatches or trackers."

Fitbit added in a statement on its website that its Ionic smartwatches were introduced in 2017 and production for them ceased in 2020.

The company urged those who own a Fitbit Ionic watch to stop using the device. The CPSC said consumers will be issued a refund of $299 after returning the device to Fitbit, and the company will also provide participating consumers with a discount code for 40% off select Fitbit devices.

Google announced plans in late 2019 to acquire Fitbit in a $2.1 billion deal, as it sought to compete with Apple's smartwatches. The acquisition was completed last year.