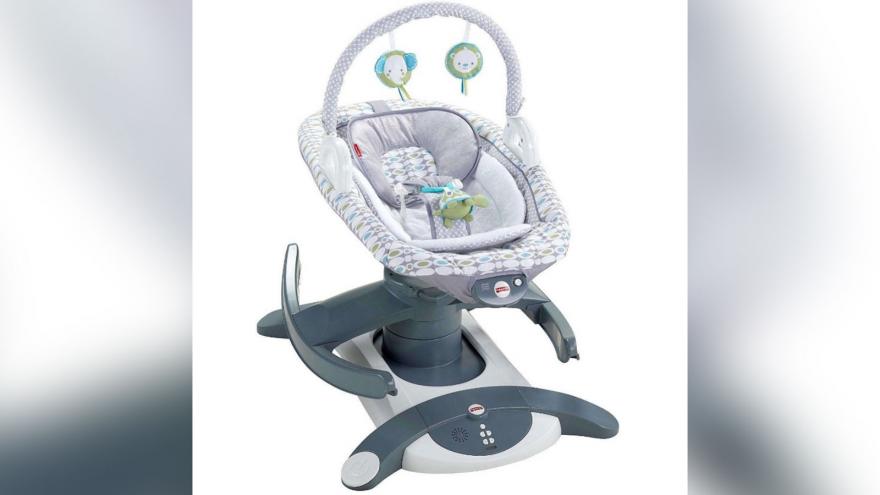 (CNN) -- Fisher-Price has recalled models of its baby soothers and gliders after the deaths of four infants who were reportedly left on their backs unrestrained and later found on their stomachs.

In a joint statement with the US Consumer Product Safety Commission (CPSC), the company announced on Thursday the recall of the Fisher-Price 4-in-1 Rock 'n Glide Soothers and 2-in-1 Soothe 'n Play Gliders.

No fatalities were reported in the 2-in-1 Soothe 'n Play Gliders, according to the statement.

"Inclined products, such as gliders, soothers, rockers and swings are not safe for infant sleep, due to the risk of suffocation," said CPSC Acting Chairman Robert Adler.

Fisher-Price General Manager Chuck Scothon said the company is "committed to educating parents and caregivers on the safe use of all of our products, including the importance of following all warnings and instructions to ensure the health and safety of babies and children."

"CPSC continues to emphasize that the best place for a baby to sleep is on a firm, flat surface in a crib, bassinet or play yard," the statement said.

"Parents and caregivers should never add blankets, pillows or other items to an infant's sleeping environment. Babies should always be placed to sleep on their backs."