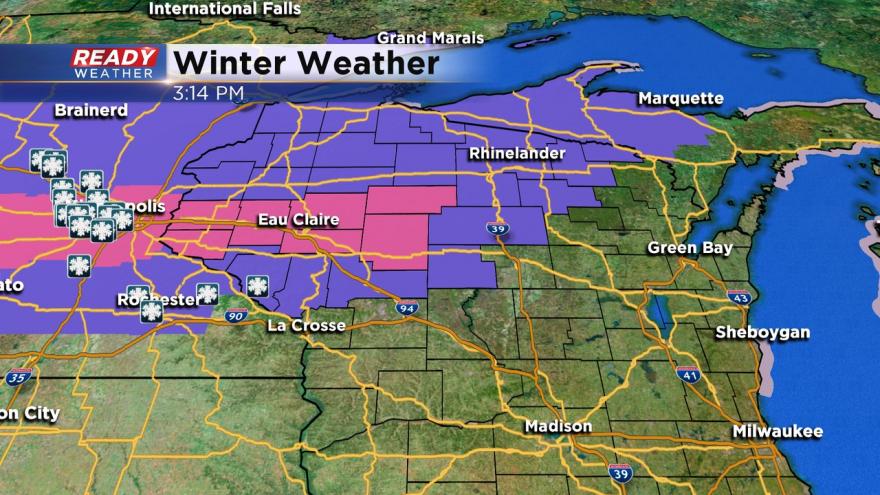 MINNEAPOLIS (AP) — The season's first significant snowstorm of the year was dumping heavy amounts of precipitation in some areas of Minnesota and Wisconsin and causing slippery driving conditions in the Dakotas.

Winter Storm Warnings for part of the state. Is this too early for you? pic.twitter.com/mZmUj0LRvV

Snow accumulations of 4 to 6 inches were expected with higher amounts and record totals possible in some areas.

The highest snow totals were expected to be along and south of Interstate 94, where many weather-related crashes were reported including a jackknifed semi-trailer west of Alexandria.

Travel was also difficult along many county and state highways in eastern North Dakota and northeastern South Dakota.

Keep track of the latest weather in your area by clicking here.