First on CNN: Record-high gas prices slash US spending by $9 billion a month 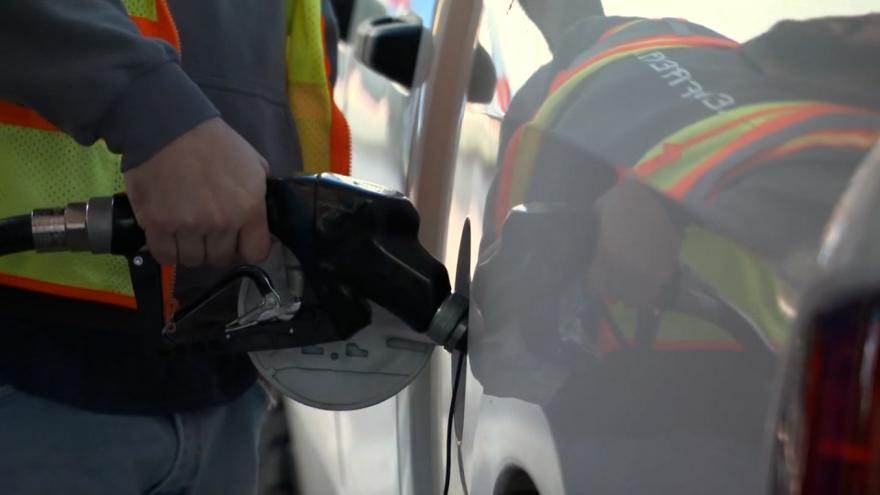 (CNN) -- Pain at the pump may be forcing Americans to cut spending elsewhere.

In a report shared first with CNN, JPMorgan analyzed Chase card spending data and estimated that the 20% spike in gas prices since the war in Ukraine began is lowering non-gas consumption by about $9.6 billion a month.

"Despite the buffer of excess savings, elevated gas prices nevertheless appear to be weighing on real consumption," JPMorgan US economist Peter McCrory wrote in the report.

The bank found that the impact of high gas prices on consumer spending takes time to accumulate, with the drag not clearly evident until two to three months following the gas price spike.

"This means real consumer spending growth may be choppy in months to come," JPMorgan said.

Consumer spending is the central driver of the US economy.

The problem is that gasoline is an essential purchase for many Americans.

Demand at the pump does not tend to drop, at least not initially, when prices rise, JPMorgan said. But that means some families are forced to pull back on other spending to make ends meet and avoid dipping into savings or taking on debt.

Each $1 of additional spending on gasoline following a price spike lowers non-gas consumption by $1.60, according to JPMorgan's estimates.

After three straight days of all-time highs, the national average for regular gas dipped by a penny to $4.43 a gallon on Friday, according to AAA. That remains up 15 cents from a week ago and $1.40 higher than a year ago.

Pump prices were already elevated heading into February when Russia's invasion of Ukraine sent them surging even higher. The war and sanctions have put pressure on the supply of energy from Russia, the world's largest exporter of oil.

Pain at the pump is not felt equally across the country.

JPMorgan said high gas prices impose a "greater hardship" on families that are less able to adjust their consumption.

Chase card data shows that consumers in Arkansas and Missouri have ramped up their gas station spending the most since February, while spending in Connecticut, Massachusetts and New York have increased the least.