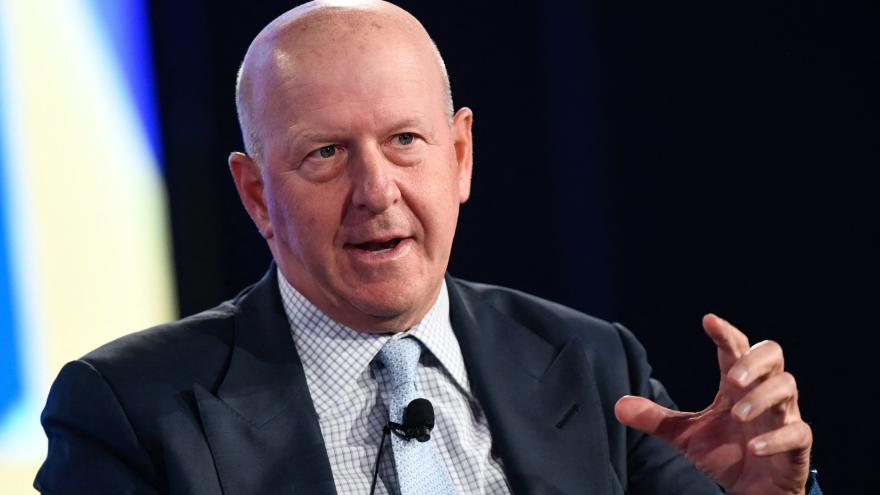 (CNN) -- Goldman Sachs CEO David Solomon is calling on politicians to act following a spate of shootings in the United States.

"All of us at Goldman Sachs express our deepest sorrow over the recent tragic and senseless acts of violence in America, which have resulted in the deaths of friends, neighbors, co-workers, children, and other loved ones," Solomon said in a statement shared first with CNN.

"I urge our elected officials to come together to enact policy initiatives to make our communities safer," the Goldman Sachs CEO said.

This marks Solomon's first public statement since the Texas school massacre that killed 19 children and two adults on Tuesday.

Solomon and other business leaders met earlier on Thursday with New York City Mayor Eric Adams to discuss crime in the city, including shootings like the one that killed a Goldman Sachs employee last weekend. Daniel Enriquez, a nine-year veteran of the bank, was killed on Sunday while he was riding the subway. He was on the way to brunch, according the New York Times.

"These were innocent people who were merely living their lives -- going to lunch, the grocery store and to school," Solomon said.

Up until now, the business community has been relatively quiet in the wake of the latest school shooting. Neither the Business Roundtable nor the US Chamber of Commerce issued statements.

CNN reached out to the US Chamber of Commerce and Business Roundtable for comment on the recent gun violence, but neither has commented.

However, even Solomon declined to detail specific policies he's in favor of elected officials enacting.

Beyond his role as a business leader, Solomon is the boss of one of New York City's major employers at a time when CEOs are eager to have their workforce back in the office following Covid-19 disruptions.

Solomon said that during his meeting with Adams and other private sector leaders, he emphasized "that public safety is the foundation on which our collective livelihood rests."