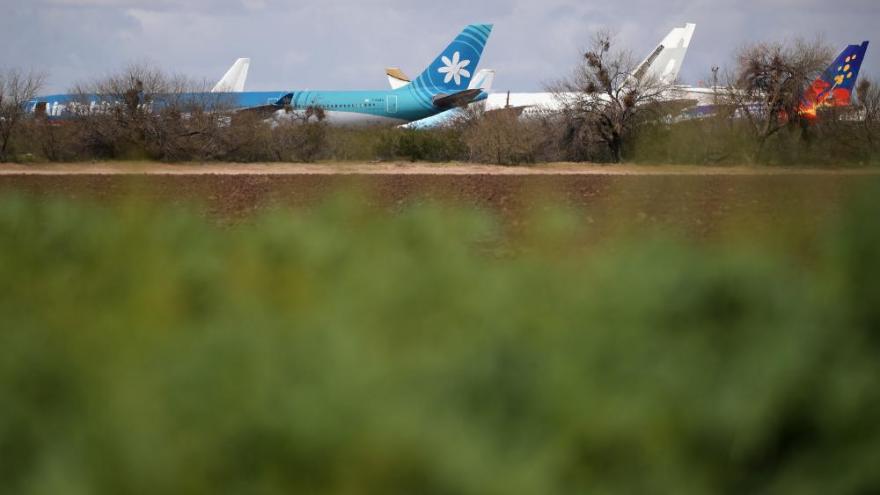 A major union of flight attendants wants federal officials to discourage or even prohibit leisure air travel due to the coronavirus pandemic.

(CNN) -- A major union of flight attendants wants federal officials to discourage or even prohibit leisure air travel due to the coronavirus pandemic.

The Association of Flight Attendants-CWA on Thursday urged the US departments of Transportation and Health and Human Services "to take further action to limit the spread of the virus by restricting air travel to only that necessary to continue essential services."

The letter also asked the agencies to require all travelers in airports and on airplanes wear face masks to reduce the likelihood of transmitting the virus.

DOT and HHS did not immediately respond to requests for comment on Thursday afternoon.

Union president Sara Nelson told CNN that she would like to see government and the aviation industry "sending the message that people should not be traveling for leisure purposes right now."

While much of the nation remains under various stay-at-home orders, the traditional summer travel season is approaching. People cooped up in their homes for weeks or longer are getting restless, and some business owners and local officials are drawing up re-opening plans. There are many sub-$100 domestic flights available, including to vacation destinations like Fort Lauderdale, Miami, and New Orleans.

President Donald Trump has said the country and the economy "have to get going," then on Wednesday criticized the decision by Georgia Gov. Brian Kemp, a Republican, to allow several types of businesses and churches to re-open.

Nelson criticized the "inconsistent messaging from the White House" since the outbreak began as "problematic." But she said a clear signal from federal aviation authorities could set the tone nationwide.

"Air travel has always been coordinated at the federal level -- never at the state level," she said. "And so we have an opportunity to have policies in place at our airports and on our airplanes that are consistent across the country."

The number of passengers aboard planes has plummeted to historic lows, airlines are operating bare-bones schedules due to requirements linked to the $25 billion payroll bailout, as well as to move cargo and essential travelers. The average number of paying passengers on each plane is increasing very slightly from recent weeks, according to the industry -- although not by enough to make operations profitable.

The Transportation Security Administration is screening about 95% fewer passengers than at this time last year.

"We believe that protecting this essential service and ensuring air travel is not aiding in spread of the virus requires a halt to all leisure travel until the pandemic is brought under control according to health authorities," the AFA letter says. It asked for "messaging from all leadership to encourage the public to end leisure travel until we have 'flattened the curve.' "

The union, which represents workers at nearly two dozen airlines, said it envisions "all members of the public entering airport buildings" be provided a mask. It also asked the agencies to consider a requirement that airline crews be provided surgical masks or N95 respirators, once manufacturers can sufficiently meet the needs of health care workers.