First on CNN: Citi is the first mega bank to kill overdraft fees 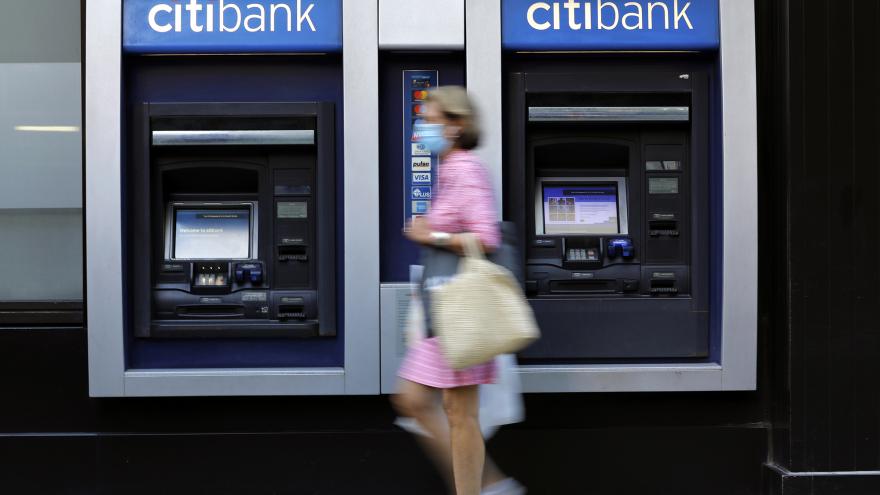 Citigroup is saying goodbye to overdraft fees, making it the biggest US bank to pledge to eliminate the controversial charges.

By this summer, Citi plans to get rid of overdraft fees, non-sufficient funds fees and overdraft protection fees, the bank exclusively told CNN on Thursday.

The changes mean Citi will be the only one among the top five US retail banks by assets to abolish the fees that many Americans despise, and that consumer advocates say unfairly punish society's most vulnerable.

Citi joins a growing list of lenders making changes or outright eliminating overdraft fees amid pressure from lawmakers in Congress and growing competition from online rivals.

Alex Horowitz, principal officer at The Pew Trusts, hailed the elimination of overdraft fees by a major bank as an "unequivocal win" for consumers.

"It's great news because it helps consumers stay in the banking system and avoids them from being charged penalty fees at a time when they can least afford it," Horowitz said. "And it gives them time to recover from a financial difficulty and get back on their feet. It can help keep households solvent."

Citi said it will continue to provide overdraft protection services to help consumers cover negative balance transactions, including the ability to transfer funds from a linked Citi savings account and an automatic personal line of credit. The bank said fees for those services also will be eliminated as part of the new changes.

"We're tremendously proud to eliminate these fees altogether," Gonzalo Luchetti, CEO of US Personal Banking at Citi, told CNN in a statement. "These changes empower our customers to build long-term financial wellness with access to more affordable banking services."

It's worth noting that, at least as of recently, Citi has not relied on overdraft-related fees for revenue as much as many of its peers. That suggests the bank won't take a sizable hit by getting rid of the fees.

Citi generated $70 million of overdraft and non-sufficient funds revenue through the first nine months of last year, according to the Consumer Financial Protection Bureau.

Based on its $1 trillion in US assets at the end of last year, Citi is America's fourth-largest bank. The largest US bank is JPMorgan.

Growing list of banks cutting or abolishing fees In December, Capital One became the first big bank to promise to eliminate overdraft fees. The No. 10 US bank by assets with $381 billion as of the end of 2021, Capital One said it would end all fees for overdrafts and non-sufficient funds, also known as bounced checks.

Last month, Bank of America announced plans to cut fees for bounced checks and to cut overdraft fees from $35 to $10, beginning in May. BofA, the No. 2 US bank by assets, said the changes would slash the fees it receives from overdraft by 97% from 2009 levels.

Last year, JPMorgan Chase also said customers won't pay overdraft service fees when their accounts are overdrawn by $50 or less,  and eliminated the fees incurred when the bank doesn't pay a check or electronic payment when customers don't have enough money in their account.

Most of America's top 20 banks have made significant changes to overdraft fees recently, including eliminating fees and providing grace periods, according to The Pew Trusts.

"Overdraft fees can push consumers' budgets over the edge, because they occur when consumers have no money in their accounts," said Horowitz. "The biggest impact is to low-income, low-asset and Black and Hispanic households."

On average, consumers who incur the most overdrafts have deposits of barely $2,500 per month, Horowtiz said.